Is vaccine prioritization leaving Latinos behind? 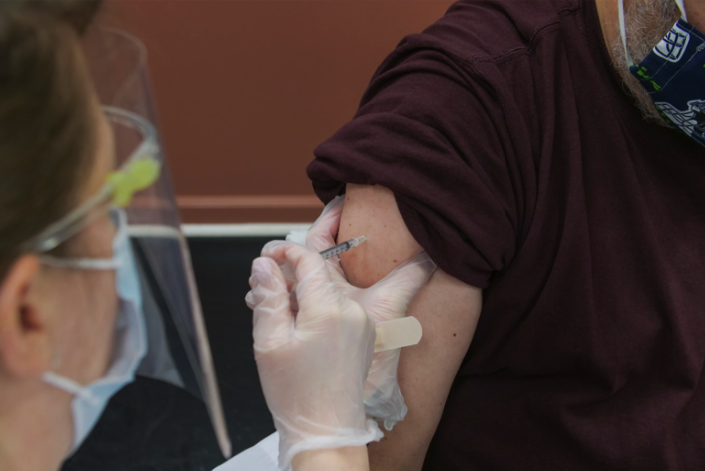 Sonia Diaz, the Executive Director of the UCLA Latino Policy & Politics Initiative, was recently featured on CNN, discussing how prioritizing vaccine distribution by age has put California’s Latino community at risk, as well as our country’s essential workers. Diaz said, “Latinos in the US, their median age is 30. For white Americans, it’s 58. So when you privilege older people in California, that ostensibly is going to leave out so many individuals who unfortunately are dying at rates higher than their share of the population.”

The UCLA LPPI sent a letter to California Governor Newsom urging him to prioritize the plurality of the state when distributing COVID-19 vaccines. The importance of the letter, which was signed by over 70 Latino leaders, was underscored by LPPI Research Director, Rodrigo Dominguez Villegas who stated, “This letter is a call to action so that the governor, his administration, and state leaders increase the investment of resources and the necessary information so that vaccines reach Latino communities.”

Nationally, according to demographic data from the Centers for Disease Control and Prevention, as of mid-March, just. 8.5 percent of the people who had received at least one vaccine dose were U.S. Latino, while 65.5 percent were Anglo.

The plan outlined by President Biden for addressing the pandemic includes strategies many believe will improve that percentage, including mass vaccination clinics, expanded use of pharmacies, deployment of National Guard personnel, and involvement of FIMA to help make the vaccine accessible to all.

The federal government will also open a website on May 1 to allow Americans to find out where the vaccine is available. 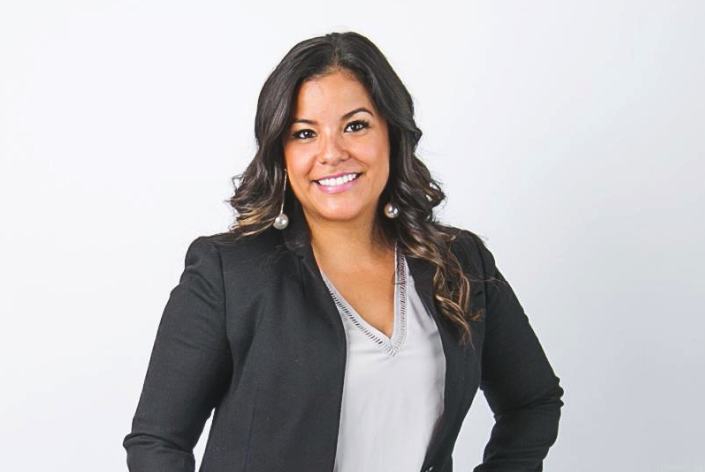 Latino-owned businesses are multiplying much faster than white-owned ones, despite barriers to obtaining capital, according to a new study from Stanford Graduate School of Business, as part of the

Stanford Latino Entrepreneurship Initiative. The report was based on surveys of 3,500 white-owned businesses and more than 3,500 Latino-owned businesses as well as data from Latino businesses collected at three points during the past year to measure the Covid-19 pandemic’s impact.

Orozco said, “The report found that Latinos’ odds of being approved for loans by national banks are 60% lower than white business applicants, even though default rates are similar and applicants have comparable liquidity. Our research has shown that external financing is really key to growth. You can only go so far by bootstrapping your company and growing it organically with your own capital and that of your family and friends.”

The report shows that much of the growth in the number of new businesses among Latinos has been driven by women. Latinas represent 40% of all Latino business owners and the number of Latina-led employer firms has grown 20% within the last five-year period of data available.

As part of the gender wage gap, Latinas earn 54 cents on the dollar relative to White non-Latino men, trailing women of all other racial and ethnic backgrounds, which, according to Orozco, might be one of the driving factors leading to Latinas exiting the formal labor market to start their own businesses.

Additionally, the negative operational impacts have hit Latina-led businesses hard. Twice as many Latina-led companies experienced closure compared to Latino-led businesses (30% versus 16%). Latinas also missed scheduled payments such as rent, utilities, and payroll at twice the rate (13% versus 7%).

The report concludes that all of this taken together, could mean it will take Latinas longer to recover from the challenges posed by COVID-19.

On the other hand, Latino-owned businesses have fared better than Anglo male and female owned small businesses in most operational areas measured. 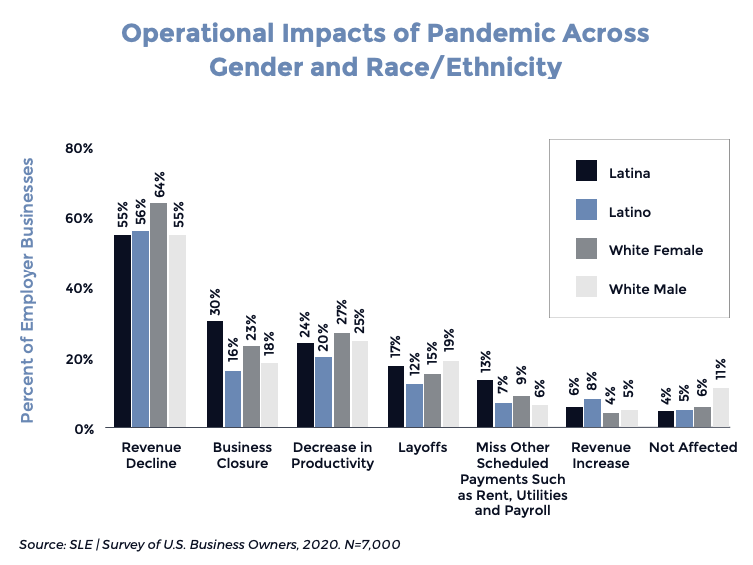 U.S. Latino-owned businesses had the fewest business closures, the lowest decrease in productivity, the fewest layoffs, and the greatest number to actually experience a revenue increase during 2020. 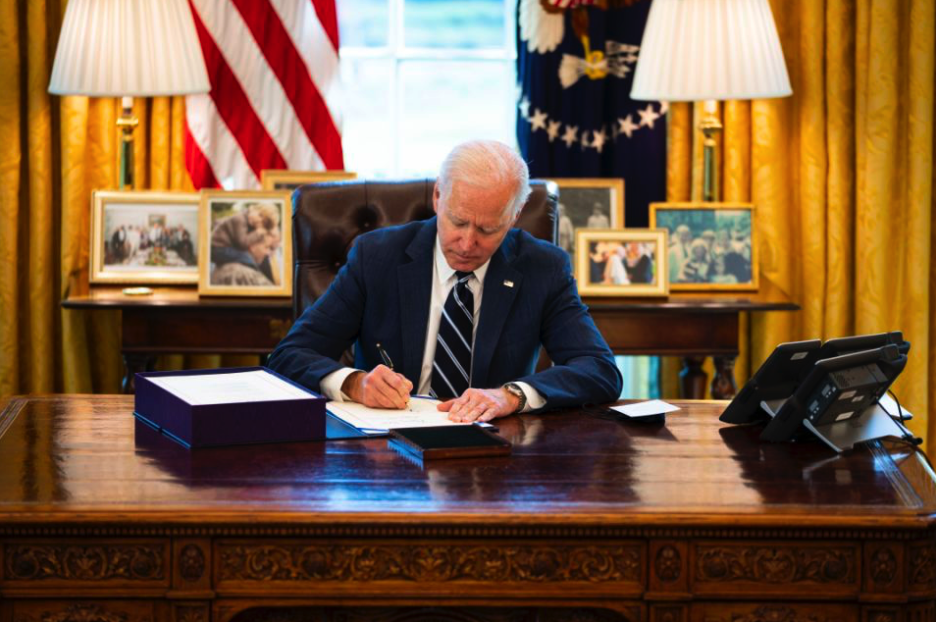 According to an analysis from the Tax Policy Center, the poorest 20% of Americans are estimated to see about a 20% boost in income from the latest covid relief bill signed by President Biden in March.

85 percent of households will get $1,400 in stimulus checks; the unemployed will receive an additional $300 per week through the fall; and families with children under 17 will get $3,000 per child.

The law also designates $350 billion of aid to cities and states, which is expected to empower municipal and state governments to begin rehiring some of the 1.3 million workers they laid off in the depth of the crisis.

At this time last year, the Wall Street consensus was that our economy would be limited to only 2% growth in 2021. Now, however, with the latest stimulus package, combined with the potential for herd immunity before year-end, the outlook has become much more optimistic. As reported in AXIOS, economists predict the economy will grow at a pace of well over 6% in both the second and third quarters of this year.

“This historic legislation is about rebuilding the backbone of this country and giving people in this nation — working people and middle-class folks, the people who built the country — a fighting chance,” said President Biden. “That’s what the essence of it is.” 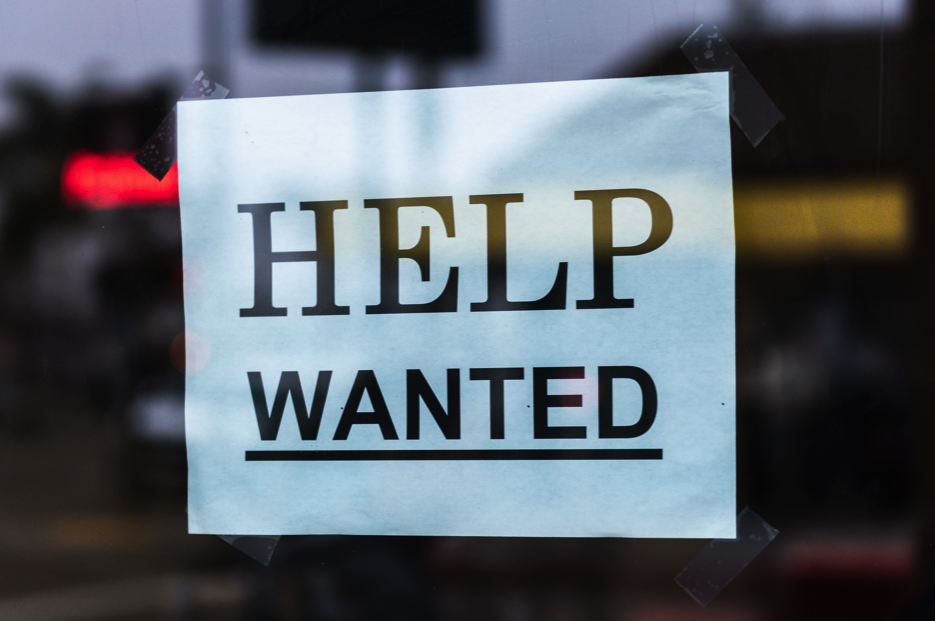 Unemployment AND a labor shortage?

A recent NFIB survey found the number of businesses who said finding qualified labor was a challenge has jumped, with 91% of those trying to hire reporting few or no “qualified” applicants for their open positions, up 5 points from January.

40 percent of small-business owners had job openings they couldn’t fill in February — the largest share on record, dating back to 1973.

Given the large number of unemployed workers as a result of covid, that flies in the face of simple supply and demand economics. But, for many workers, there has been a fear of getting coronavirus, and then infecting kids or other family members at home. So, many have pulled back until they feel safe.

With vaccination availability promised for all Americans by next month, there is an expectation many of the jobs that have been hard to fill will be filled. Yet, there is a concern by many that the challenge of finding qualified labor that firms faced prior to the pandemic will not improve simply because the growth of America’s workforce isn’t keeping pace with demand.

Last year, for example, prior to COVID-19, there were reportedly over 7 million unfilled jobs in our country. With a national birthrate below replacement level, and the continuing exit of Baby Boomers, it appears the only resource for building America’s labor force is immigration.

Immigration is far more than border control, and is, in fact, an important economic strategy for the future of our country, which makes addressing immigration reform a critical need for the Biden administration and Congress. 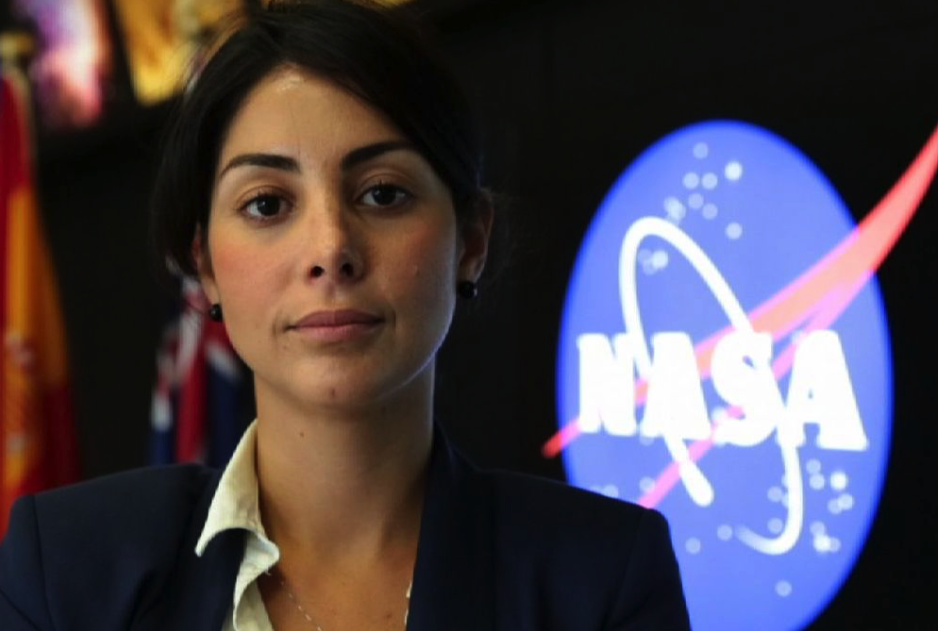 The Flight Director for NASA’s Perseverance Mars Rover that landed on Mars last month, is a Colombian-born immigrant who came to America to “find something better than this” at age 17, with just $300 in her pocket, and speaking no English. Diana Trujillo is her name and she is a remarkable and inspiring role model for every young Latina.

“I was born and raised in Colombia,” she says, “and there was a lot of violence going on in my country. So for me, looking up at the sky and looking at the stars was my safe place.” It turns out, that sky was also her destination, of sorts.

“As a little girl, I saw the women in my family give up a lot. It gave me the tenacity that I needed to say I’m not going to give up on my dream. I want to be out there looking back in, showing my family that women have value, that women matter.”

When she arrived in the U.S., she took any job she could get, housekeeping, cleaning bathrooms, and working night shifts to put herself through community college. Remarkably, she eventually was able to transfer to the University of Florida where she majored in aerospace engineering, one of only a few Latinas to have ever done so.

Latinos represent only 8% of those working in STEM (Science, Technology, Engineering, Mathematics); and only 2% are Latinas.

Diana believes the way to increase the representation of Latinos and Latinas in STEM fields is through role models, and she’s happy to take on that responsibility. In her words, “The more hers there are, the more engineers and scientists that are Latin are out there, the more chances we have for those kids to have la chispa, where they say, ‘I want to be that.”

Not only is she the Flight Director, but Diana also helped design the Mars Rover’s robotic arm, which is collecting rock samples to be analyzed, samples which may help determine whether there is life on other planets.

“Understanding if we’re alone in the universe is the ultimate question,” she says. “I hope that within the one year of surface operations on Mars, we can answer that question.” 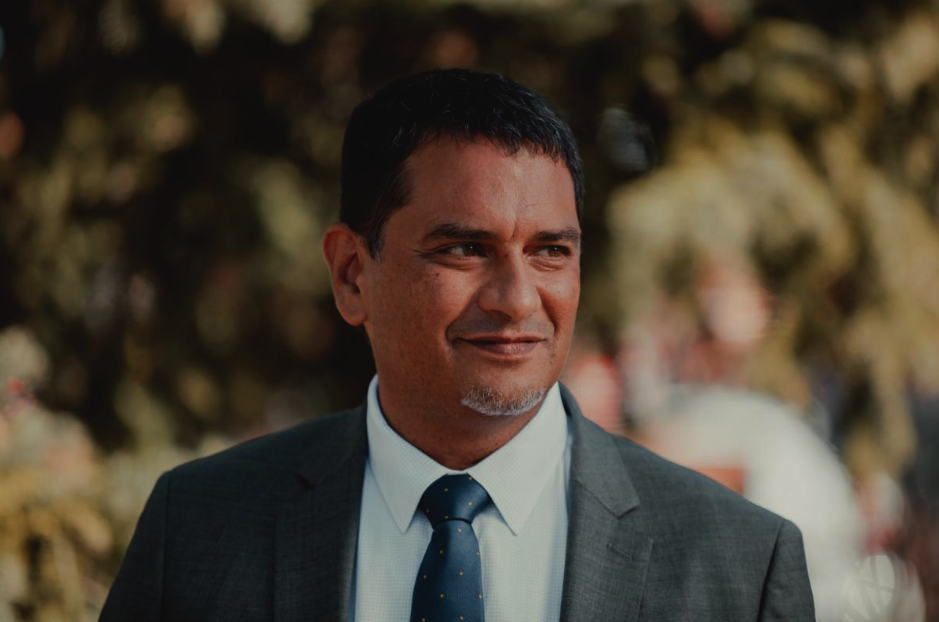 Cruz will leave his current job as executive vice chancellor and university provost at the City University of New York. In his new role, he said his biggest challenge will be reopening this fall while minimizing the effects of the Covid-19 pandemic.

In comments made to the Phoenix Business Journal, Cruz said it is essential that he produces graduates who are prepared for the future workforce, while meeting the needs of faculty and being good stewards of the community.

Cruz said it is important to create an all-inclusive climate and noted, “I want to allow all members of our campus and community, internal and external, to bring to bear a full set of experiences and diversity of thought to the challenges we face.”

Michael Crow, president of Arizona State University and a L’ATTITUDE alum, told the Journal that Cruz is a great appointment for NAU, saying, “He is a very experienced academic leader and will be a terrific talent contribution to Arizona. We look forward to collaborating with Dr. Cruz as he moves into his new role.”