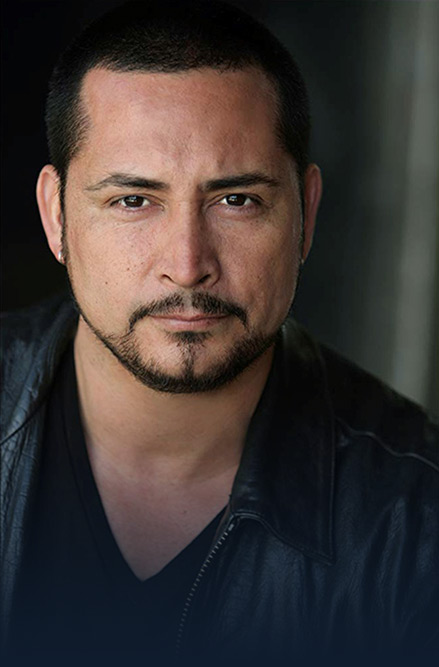 Benjamin Hernandez Bray
Los Angeles, California
After years of working in stunts on the biggest blockbuster and television shows, Ben started to direct episodic television and this year made his independent feature film directorial debut. His action guerilla superhero feature El Chicano starred an all Latino Cast including Raul Castillo and George Lopez. The film is currently available on iTunes and Amazon Prime.

Ben Hernandez Bray is a film and television director who was born in Los Angeles, California and raised in one of the toughest San Fernando Valley neighborhoods. He’s the oldest of six children, raised by his Mother and Grandmother and is of Mexican and Irish descent.
In the late 1980’s his boxing skills led him into the stunt industry where he then became one of the very few successful Latino stuntmen in Hollywood and eventually becoming one of the top action stunt coordinators and second unit directors, working specifically with “Smoking Aces” Joe Carnahan and “Silver Linings Playbook” David O Russell. After twenty five plus years in the industry and over one hundred fifty film and TV credits, Mr. Bray made his television directorial debut in 2015 with Katie Heigl’s TV series “State of Affairs” for NBC/Universal, he then went on to direct episodes for Fox/Bruckheimer, CW/Greg Berlanti and ABC/Freeform. Last season Ben directed multiple episodes for WBTV/Berlanti among various other shows.
In 2019 Bray’s feature film debut became a reality when he co-wrote with Joe Carnahan “El Chicano” a Mexican vigilante story about two brothers growing up in East L.A. The story was inspired and originally written by Bray 10 years earlier after losing his youngest brother to gang violence. War Party Productions and Lorenzo di Bonaventura produced the film with distribution by Tom Ortenberg’s Briarcliff.