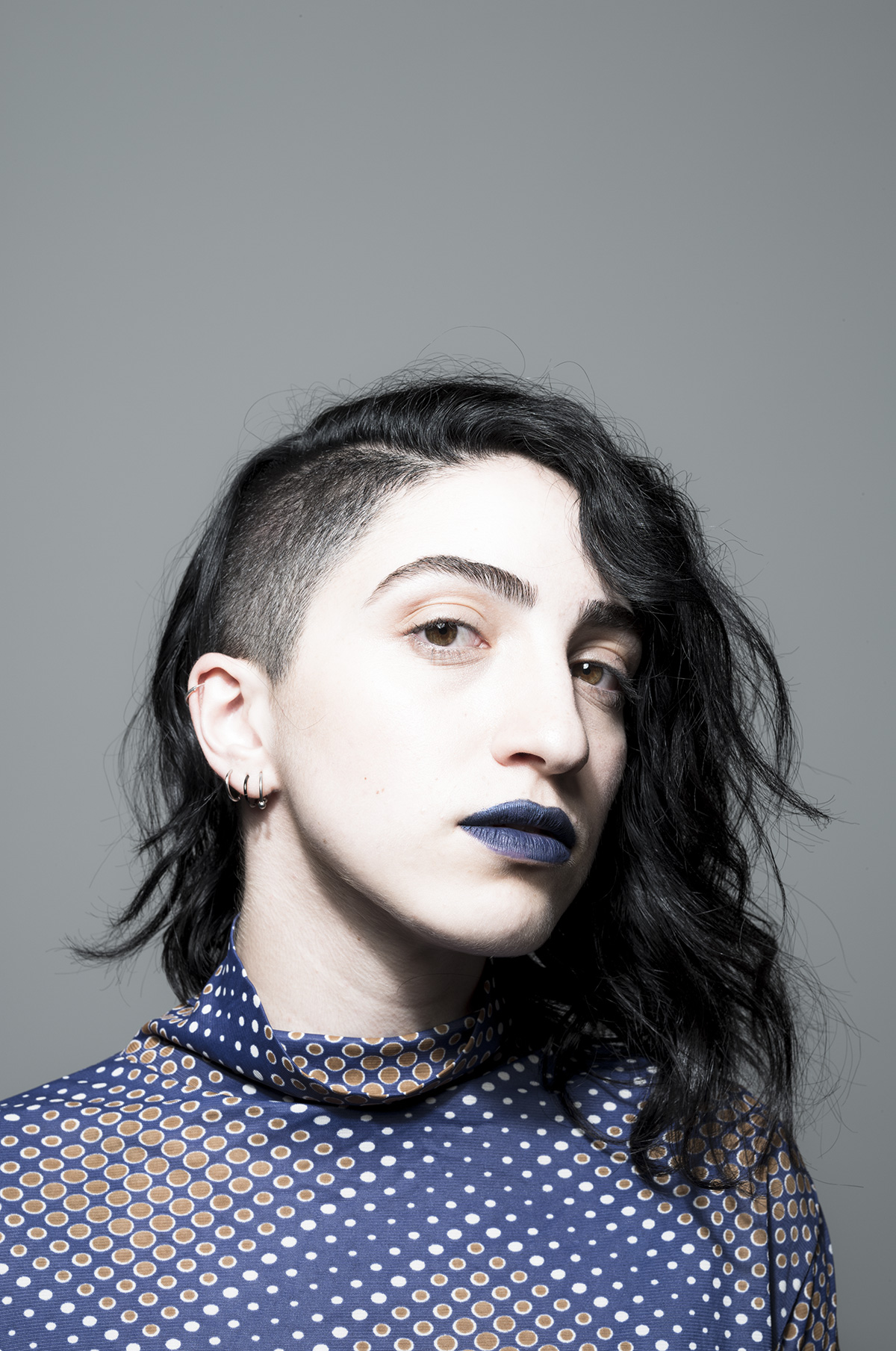 Emily Estefan was born to Emilio and Gloria Estefan on December 5, 1994 in Miami Beach, Florida. Estefan developed a passion for music as a child, and began performing on stage at 8 years old. Since then, her musical career has spanned across several platforms including writing, producing, arranging, and performing music.

From the years 2008 – 2014, Estefan performed with the Miami Sound Machine at Bette Midler’s Hulaween event and with Carole King and her mother at Foxwoods. During this time, she joined a list of respected artists for her guitar solo on the track “Somos El Mundo (We Are The World)”. She also recorded two more guitar solos for her mother, Gloria Estefan’s, album, Miss Little Havana, and for Carlos Santana’s “Besos de Lejos”. In 2012, Estefan debuted as a producer when she created a dance mix for comedienne Kathy Griffin’s theme song “I’ll Say It”. She then produced two songs for the artist Fantine in 2013. Her public singing debut came in a 2014 performance of “Where The Boys Are” at the Hollywood Bowl.

In 2015, Estefan performed in front of a 100,000-person audience at the “Miami Beach 100 Centennial Concert” and performed on national television for The Today Show with her mother. Later that year, Estefan co-wrote “If I Never Got To Tell You”, the only original song written for the hit Broadway musical On Your Feet!. At the time of her debut single release on December 2, 2015, she was already regarded as an accomplished drummer, guitarist, bassist, keyboardist and singer. She premiered on Entertainment Tonight, playing her first original song and music video “F#ck To Be”.

In 2016, Estefan graduated from the prestigious Berklee College of Music in Boston, where she earned a bachelor’s degree in Contemporary Writing and Production with a minor in Philosophy. Soon thereafter, Estefan founded her own music label, Alien Shrimp Records, to not only launch her own music but to also serve as a home base for new and emerging artists. Alien Shrimp Records signed a multi-year partnership with Sony RED distribution for the physical and digital distribution of the label’s entire roster.

In February 2017, Estefan was selected as Elvis Duran’s Artist of the Month and performed her single “Reigns (Every Night)” on NBC’s Today Show. She then performed her first major solo concert at Gusman Concert Hall during the University of Miami Frost School of Music’s Festival Miami, where she played drums, guitar, and keyboard, in various music styles. Following the concert, Estefan’s debut album,Take Whatever You Want—in which she wrote, recorded, and produced—was released at 12:01 AM. Later the same year, Estefan paid tribute to her mother at the Kennedy Center Honors by performing the song “Reach.”

Since then, Estefan has continued writing and producing original music, and performing at events and music festivals like SXSW, Essence, and GroundUp Music Fest. She has been regarded for her performances for nationally televised specials like “Q 85: A Musical Celebration For Quincy Jones” on BET and “Hocus Pocus 25th Anniversary Halloween Bash” on Freeform in 2018, and the Library of Congress Gershwin Prize on PBS in 2019.