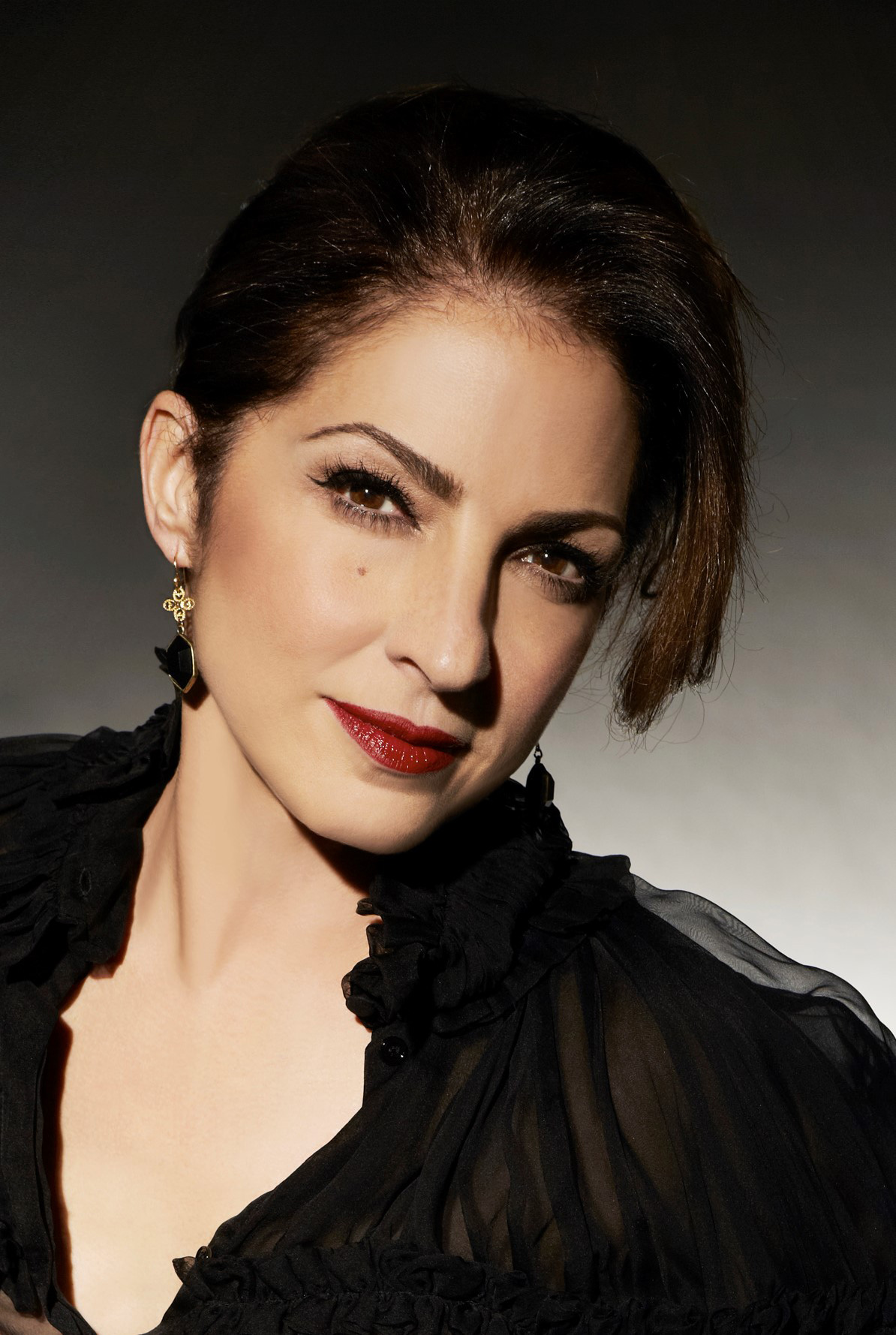 Gloria Estefan is a seven-time Grammy award-winning singer, actress, songwriter, author of two New York Times best-selling children’s books, philanthropist and humanitarian. She is considered one of the world’s most recognizable and beloved performers and one of the most successful crossover artists in Latin music history, having received recognition for her achievements as an international superstar in both the Latin and non-Hispanic entertainment industries.

Gloria Estefan has achieved worldwide sales of over 100 million records over the course of her legendary career, and has achieved 38 #1 Hits across the Billboard charts. Her iconic hits, which include “Conga,” “Turn The Beat Around,” “Get On Your Feet” and Spanish-language chart-toppers “Con Los Años Que Me Quedan” and “Mi Tierra,” have made an indelible impression on generations of music fans. From her previous album, Miss Little Havana (2011), “Hotel Nacional” made Gloria the first female artist to debut a song at #1 on Billboard’s Hot Latin Songs chart.

In 2015, President Obama honored both Emilio & Gloria Estefan with the Presidential Medal of Freedom, the first time in history this award was bestowed upon a couple. The Presidential Medal of Freedom is the Nation’s highest civilian honor and is presented to individuals who have made especially meritorious contributions to the security or national interests of the United States, to world peace, or to cultural or other significant public or private endeavors.

In 2017, Gloria was the first Cuban-American, singer-songwriter to receive The Kennedy Center Honors which spotlights the extraordinary careers of artists whose talent and ingenuity have enriched and shaped cultural life in America. Kennedy Center Honors recipients are recognized for their lifelong contributions to the performing arts. Most recently, Gloria was honored with the Gold Medal of Merit in the Fine Arts awarded by the King and Ministry of Culture of Spain to individuals excelling in artistic or cultural creation, and to those that have provided valuable services in the promotion of art and culture and conservation of artistic heritage.

In 2018, along with husband Emilio, the Library of Congress honored them with the prestigious Gershwin Prize for Popular Song.

ON YOUR FEET! the Tony Award nominated Broadway musical based on the lives and music of Emilio & Gloria Estefan. As Executive Producers, it is the story of two people who—through an unwavering dedication to one another and their pursuit of the American dream—showcased their talent, their music and their heritage to the world in a remarkable rise to global superstardom. The musical is set to Gloria’s chart-topping, worldwide smash hits with one new original song written by Gloria and their daughter Emily Estefan. The Tony Award nominated, ON YOUR FEET! has received rave critical reviews, Outer Critics Circle Awards and Drama League Awards and is going global with touring productions in the US, Holland and England.

Gloria along with her husband Emilio, are successful entrepreneurs owning and operating several businesses, which include a globally recognized music publishing company, a hospitality division that includes various restaurants; Estefan Kitchen in Miami Design District, Larios on the Beach on South Beach, Bongos Cuban Café in Disney Springs Orlando, Estefan Kitchen Express & Bongos Cuban Café at Miami International Airport. Their hospitality portfolio also includes two hotels, the Cardozo Hotel on South Beach and Costa d’Este Beach Resort in Vero Beach, FL. The Estefans are also the first Latin couple to own a minority share in the Miami Dolphins, a major franchise in the NFL.

Gloria sits on the Board of Trustees for the University of Miami. She has received countless achievements; including the Oscar nominated song “Music of My Heart,” a star on the Hollywood Walk of Fame, an American Music Award for Lifetime Achievement, an induction into the Latin Songwriters Hall of Fame, an Ellis Island Medal of Honor, a Humanitarian Award from St. Jude Hospital for Children, a National Artistic Achievement Award from the US Congress, and a Presidential appointment as a public member of the U.S. delegation to the 47th General Assembly of the United Nations, among others.

She is also the founder of the Gloria Estefan Foundation whose mission is to support charitable programs for disadvantaged children and empower young people through education and opportunity. The Foundation also supports spinal cord research through the Miami Project to Cure Paralysis.