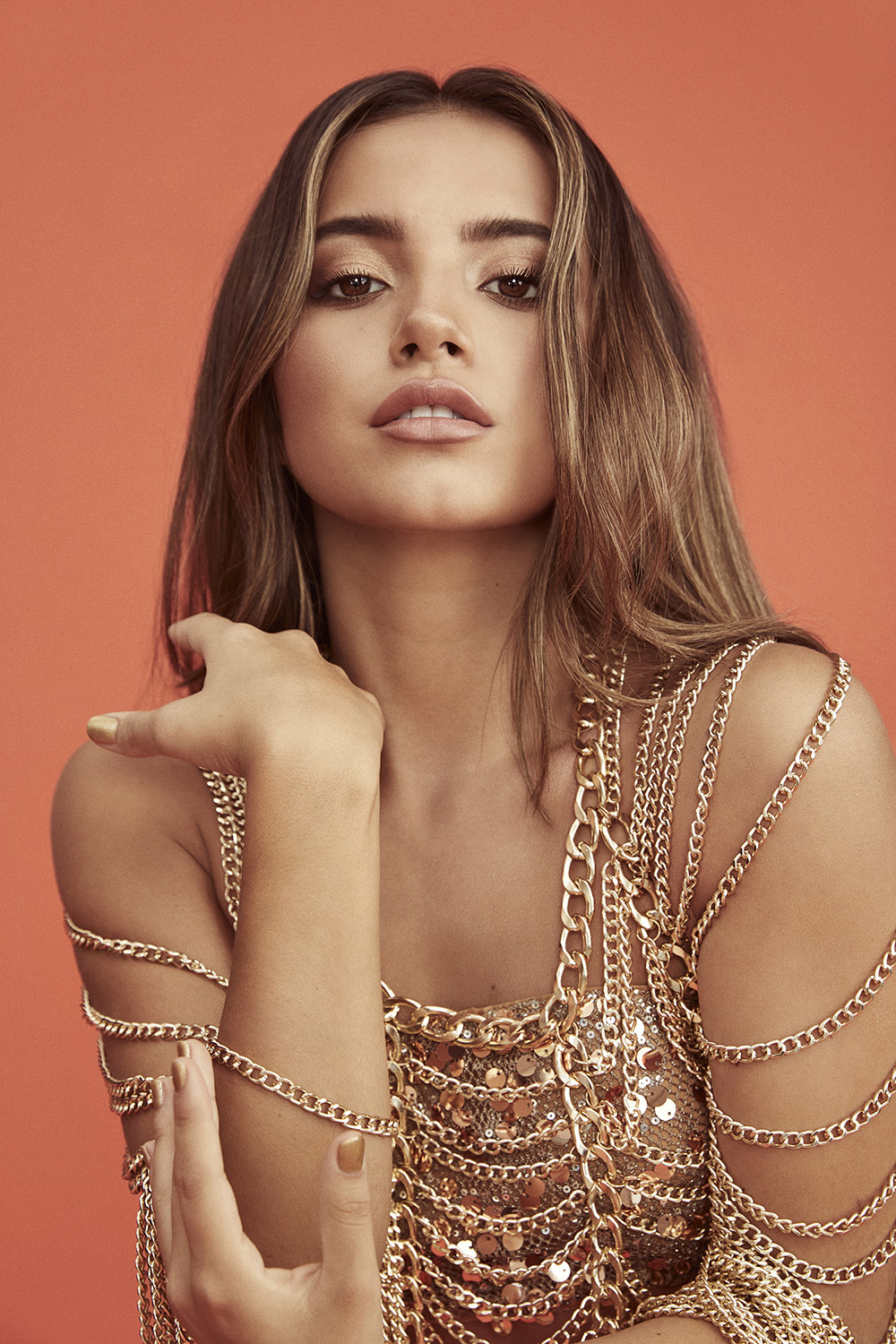 Isabela Merced, at just nineteen years old, is highly regarded as an actress, singer, dancer and songwriter. Isabela most recently starred in the Netflix original motion picture Let It Snow, based on the best-selling book by John Green. Her other recent work includes starring in Paramount Pictures’ Dora: And the Lost City of Gold, starring in Paramount Pictures’ Instant Family alongside Mark Wahlberg, Rose Byrne and Octavia Spencer, starring opposite Benicio Del Toro and Josh Brolin in Sicario: Day of the Soldado, as well as in Michael Bay’s Transformers: The Last Knight with Mark Wahlberg, Anthony Hopkins and Josh Duhamel.

Next, Isabela will star in the Netflix original thriller motion picture Sweet Girl alongside Jason Momoa.

Isabela’s prior acting credits include: Middle School: The Worst Years of My Life, Nickelodeon’s Legends of the Hidden Temple: The Movie, the voice of “Heather” in Nut Job 2: Nutty by Nature, as well as starring as “CJ Martin” in Nickelodeon’s series, 100 Things To Do Before High School.

In 2019, Isabela immersed herself in music at songwriting camps and in the studio with industry heavy hitters like Justin Tranter [Ariana Grande, Justin Bieber], Andres and Mauricio (“Despacito”), and producers Zach Skelton and G..O Kings Bred. Her formal solo debut single “Papi” eclipsed 5 million Spotify streams, the official music video was viewed over 12 million times on YouTube, and the song drew acclaim from Refinery29, Billboard, Teen Vogue, and many more.

In 2020, she continued working on what would become her debut EP, the better half of me. It showcased her writing and voice on a new level, emphasizing growth and unfiltered honesty across the entire body of work. Upon finishing the five-song EP, she realized the vision was complete and decided to release it from quarantine at home.

Originally from Cleveland, Ohio, Isabela made her debut on Broadway with the revival of Evita at age ten. That same year, Isabela made her national and international television debut as a singer in The Next Big Thing New York. She earned her first feature film lead role in the critically acclaimed The House that Jack Built, winner of numerous awards at film festivals across the United States. Isabela finished that year by originating the lead role of Wendy in the new upcoming musical Fly, joining a team of professionals who had won the Tony Award. Months later, in 2013, Isabela went on to star as Wendy in the world premiere of Fly the Musical. Other workshop and theatre credits include: Zorro (Young Lisa), Little Miss Sunshine (Rosa Maria), A Christmas Carol (Sarah Cratchit), Annie (Annie), Les Miserables (Young Cossette).