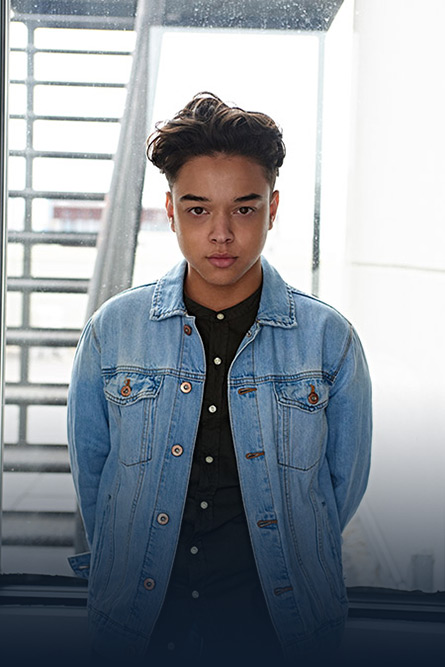 Jason Genao
New Jersey
Jason stars in Netflix’s ON MY BLOCK which was recently picked up for a season 3 and can next be seen in the indie comedy FILM FEST.

Jason Genao is best known for his current starring role as fast-talking Ruby Martinez, in the enormously popular Netflix series On My Block (most streamed Netflix series in 2018), which follows four inner city high school students juggling life and death issues in their community. Currently in production on season three, viewers saw a different side of the fan favorite/comedic relief, who struggled with PTSD after being shot in season two, earning Jason critical praise for his performance (2019 Imagen Nominee for Best Actor). Prior to this, Jason is best known for his role in the hit Blockbuster/X-Men film LOGAN, which was the third installment of the Wolverine series, as well as for portraying gang leader Napoleon in Part 1 and 2 in the Baz Luhrmann series The Get Down.