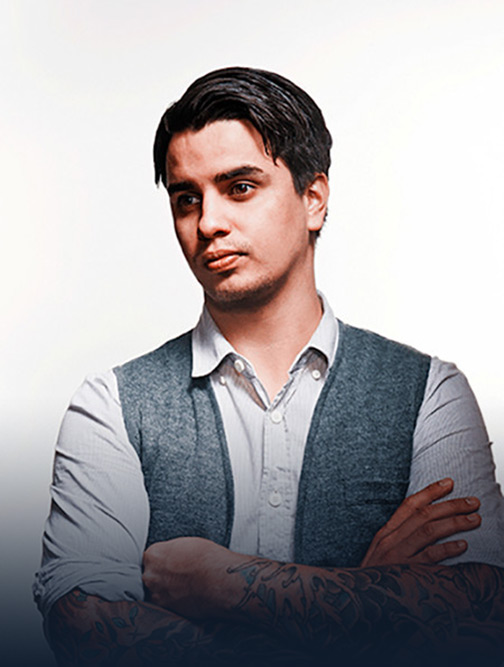 L. Gustavo Cooper
Las Vegas
Cooper currently has his second feature in development at a major studio, and his most recent short film, AMY, has been garnering awards at all the major genre film festivals.

Cooper is a Spanish American editor and director of commercials, horror features and shorts including June and multiple episodes for the SnapChat original micro series V/H/S. Cooper started a successful skateboarding career in 1998, which was his initial introduction to the world of film. Cooper began making skate videos to extend his sponsorship and promote himself in the competitive East Coast skating culture. Currently attached to direct a feature for Paramount.