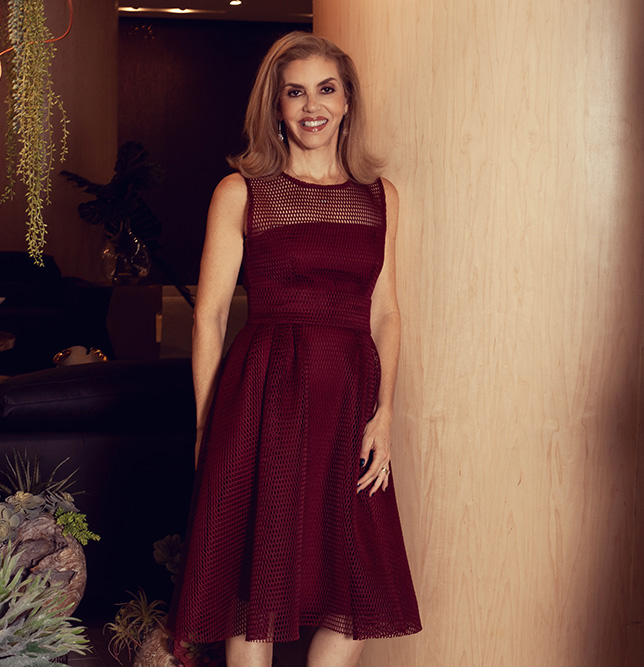 A Fulbright scholar from Cali, Colombia, Leila Cobo is VP/Latin Industry Lead for Billboard, as well as a classical pianist, successful novelist and biographer. Leila is considered one of the world’s leading experts in Latin music and is the first Latina writer in the United States to cover Latin music in an extensive and consistent manner for a major media brand. Under her tenure, Billboard has become the single, most read and viewed source of Latin music in the world, with Billboard’s Latin content garnering over 2 million unique visits per month on Billboard.com. This, in addition to Billboard’s Latin social media accounts, YouTube channel and Latin podcast. Leila also works closely with broadcast partner Telemundo on the Billboard Latin Music Awards and programs the yearly Billboard Latin Music Conference, known as the most prestigious and largest
gathering for the industry in the world.

Leila has a degree in piano performance from Manahttan School of Music and in journalism from Universidad Javeriana in Bogotá. She is also a Fulbright scholar who obtained her master’s in communication management from The Annenberg School at the University of Southern California. She has published two award-winning novels with Grand Central Publishing/Hatchette: Tell Me Something True for which she won the National Latino Book Award and The Second Time We Met, which won the Latino Book Award for Best Popular Fiction. Ms. Cobo’s biography on Jenni Rivera published by Penguin in English and Spanish, was the top-selling Spanish language book in the United States for more than two months. Also on Penguin, Ms. Cobo published Apunta A las Estrellas, a practical and inspirational guide to people who seek a career in the music industry. In 2017, she co-wrote Ednita Nazario’s memoir, Una Vida. On Nov. 10, her newest book, Decoding Despacito: An Oral History of Latin Music (Pre-order here will be
published on Penguin in Spanish and English.

Among many accolades, Ms. Cobo received the 2020 “Wonder Women of Latin Music” award from the LAMC; the “Music Industry Trailblazer” award from the TJ Martell foundation in 2019: and was named a “Leading Latin Lady” by the Latin Grammys in 2017. She was named Mujer Imagen by Imagen Magazine and one of the top 25 Latin Women in Media by Latina Magazine.