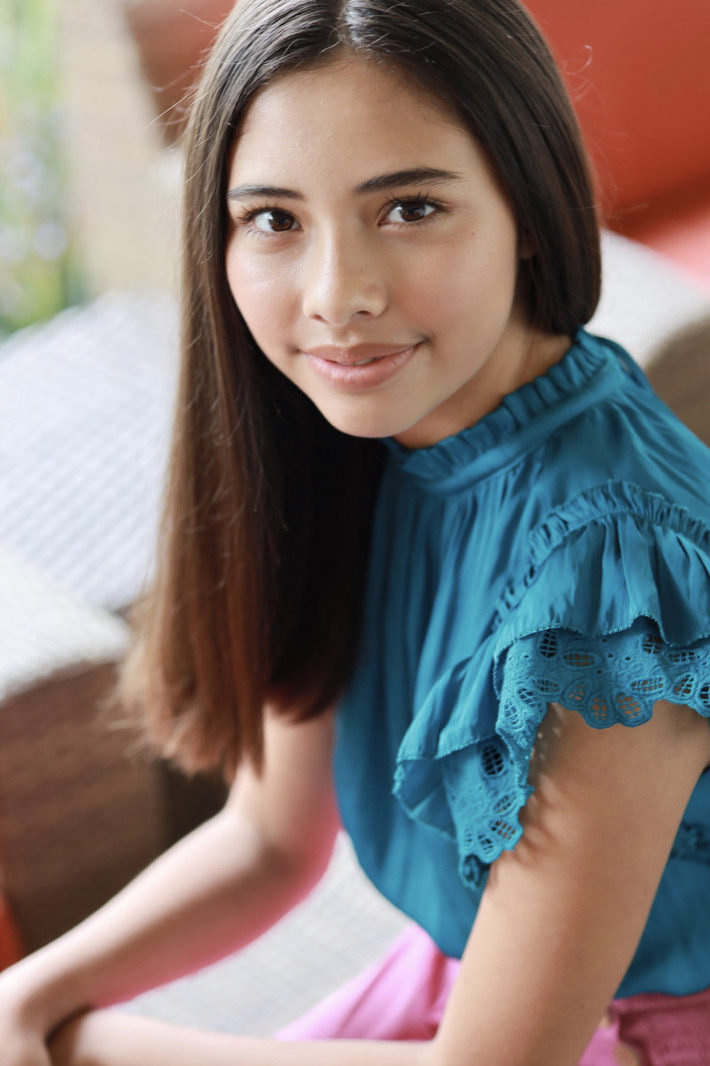 Xochitl Gomez is quickly making a name for herself across genres as a promising new star on the rise. Currently she can be seen as series regular Dawn Schafer, in the Baby-Sitter’s Club, a half-hour family dramedy streaming on Netflix. Additionally, her multi-award winning short film “The Letter” is showing on HBO. Other recent projects include guesting on Netflix’s Gentefied and the feature films “Roped” (Netflix) and “Shadow Wolves” (Amazon) playing opposite Cody Walker and Academy Award nominee, Graham Greene.

A Los Angeles native, Xochitl began acting and singing in youth theatre productions at age 5 and moved on to TV and Film at age 10. She is unique among young actors because of her ability to shift between comedy and emotional drama with equal skill and nuance. Her performances have garnered 12 Best Young Actress awards to date. In just four short years as a professional actor, Xochitl has appeared in 3 feature films, 8 commercials, 6 television series and 13 short films with 9 lead roles. She is known for being a ‘natural’ actress with keen artistic instincts that are the cornerstone of a believable performance.

Outside of acting, Xochitl continues with her childhood passion for musical theater with private singing and dance classes. A comedienne at heart, she can be found at the Second City in Hollywood most weekends, working out her improv skills at the Advanced Teen workshop. Xochitl is an avid swimmer and currently a green belt in Wushu Long-Fist Kung Fu.

Xochitl’s name is pronounced SO-CHEE. It means ‘flower’ in Nahuatl, the Native language of Mexico and Central America.