As noted at L’ATTITUDE 2020 in September, even before the pandemic America’s economy was suffering in several areas, including business creation. Business creation had fallen to its lowest rate in more than 40 years. Then came Covid-19, which forced many of the businesses that were created to close. Bloomberg has reported that between February and June, about 1.2 million business owners had to shut down, including 10% of U.S. Latino-owned businesses. According to recent data from Yelp, about 60% of businesses that have closed because of Covid-19 are now permanently closed.

The movie industry, for example, has been crushed by the pandemic, and recent events suggest it’s not going to get better anytime soon. Cineworld, the parent company of Regal Cinemas, said it would temporarily close all of its 663 theaters in the U.S. and U.K.

However, there are business categories that in the midst of all of this are still flourishing. Job postings in the driving category of Indeed, which includes trucking and other delivery driving jobs, are up 11.1% compared to the beginning of February. Construction jobs are up 6.7%, and Beauty & Wellness employment has recovered as people return to personal grooming bookings.

of businesses that have closed due to Covid-19 are now permanently closed.

Still, as reported by Axios, 101 million Americans are now out of the labor force, which is nearly one-third of the entire U.S. population. Nearly 5 million Americans are just weeks away from being in the long-term unemployed category, with another million having filed initial jobless claims every week for the past six months.

The reality is that America’s economic recovery is going to require robust growth in entrepreneurship. That means a significant portion of the economic recovery falls on the shoulders of U.S. Latinos, who for the past decade have been our country’s most prolific entrepreneurs, starting over 80% of the net new businesses formed during that time.

The Shocking Realities of Poverty and Food Insecurity 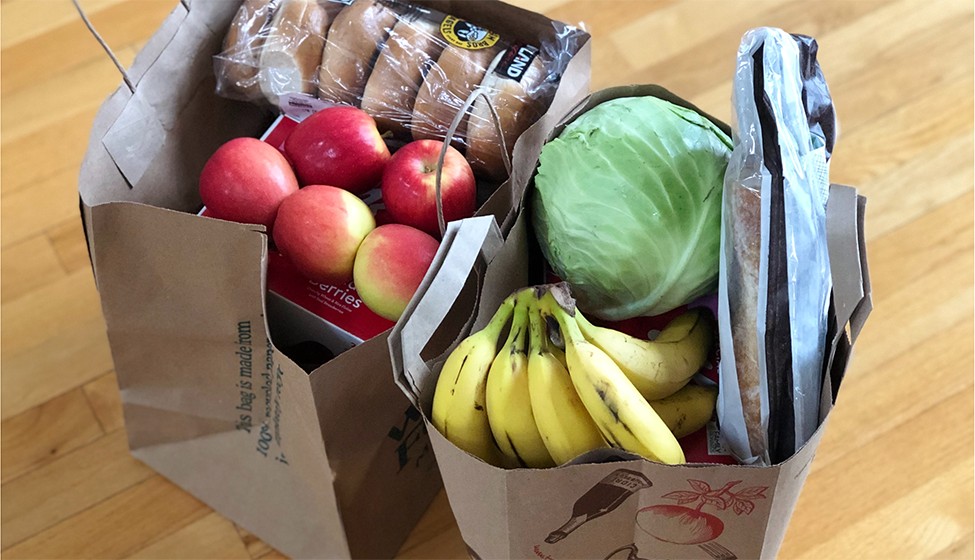 A new study released from Columbia University, the University of Chicago, and Notre Dame demonstrated that 8 million people have slipped into poverty since May, as Federal aid has dried up, and their money has run out.

A report published by the United States Department of Agriculture in 2017 found that food insecurity was associated with 10 of the costliest and most deadly preventable diseases in the country, including hypertension, diabetes, cancer, and stroke.

Studies have linked food insecurity in children to poor health, stunted development, behavioral issues, and difficulty keeping up in school. While many schools have continued to provide meals to children in need, and food banks and pantries have amped up services, the disruption could still have concerning long-term consequences.

The number of U.S. Latino households with children now classified as food insecure has risen from 17% in 2018 to 37% since the pandemic. That compares to 22% for White households with kids, and 39% for Black households. That data was reported by the Harvard School of Public Health.

According to the Immigration Policy Institute, the wide-ranging restrictions placed on legal immigration by the Trump administration have reduced the inflow of immigrants and refugees into the country since 2017, and are likely to have lasting impacts. Coupled with declining fertility among both native-born and immigrant populations, this reduced immigration may translate to lower post-secondary enrollments in the longer term, which has many economic, business, and societal repercussions.

That enrollment decline is because more than 5.3 million students, or 28 percent of all students enrolled in U.S. colleges and universities in 2018, were from immigrant families. Immigrant-origin students are a diverse group and account for a large share of students who are racial and ethnic minorities. As of 2018, 63 percent of Latino students were of immigrant origin.

of Latino students were of immigrant origin.

Post-secondary education, and training for a technologically changing world, are especially critical for our immigrant-origin population because research shows that declining fertility rates and the aging of our non-Latino white population, together with the strong growth of U.S.-born children of immigrants, means that all net labor force growth in the United States over the next 15 years is expected to come from immigrant-origin workers.

Because U.S. Latinos are the largest share of this population, educational attainment by this cohort is critical to America’s future.

U.S. Latinos surveyed at L’ATTITUDE are overwhelmingly optimistic about all areas questioned, except the environment. When asked about how they feel about the future of each of the following, the percent of respondents who answered either Very Optimistic or Optimistic were as follows:

85% of those who answered our survey said they will definitely vote in the upcoming presidential election.

CEO Confidence Goes Up as Worker Wages Stagnate or Go Down 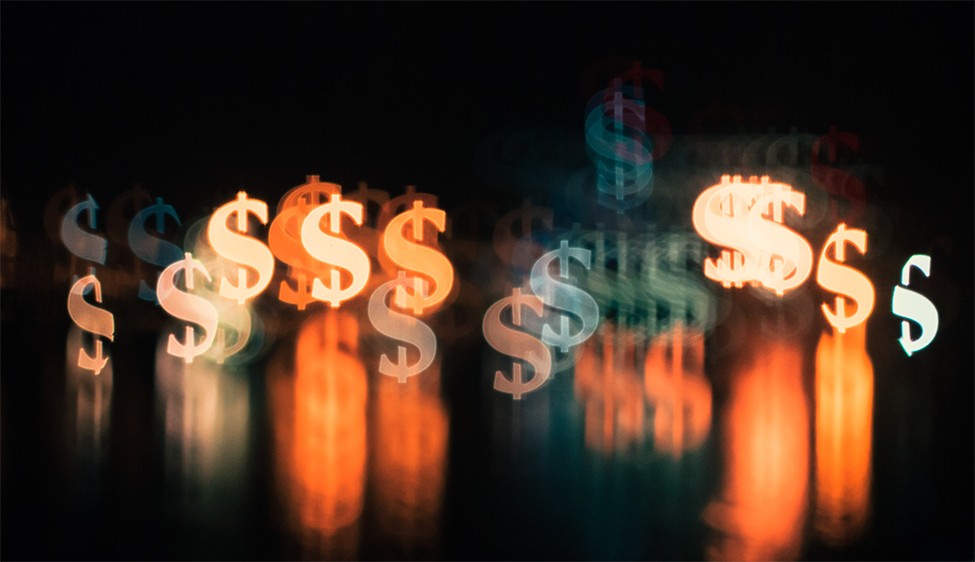 The latest survey from the Conference Board indicates that confidence among chiefexecutives jumped 19 points from its last reading in July, rising above the 50-point threshold, that reflects more positive than negative responses, for the first time since 2018.

As reported in Axios, over the next 12 months, CEOs said they expect to cut jobs, hold down employee pay, and reduce capital spending. It appears CEO confidence is buoyed at the expense of workers. 34% of CEOs expect a net reduction in their workforce, 21% foresee no increase in employee wages, 5% anticipate reducing wages, and 37% of CEOs expect to reduce their capital budgets in the year ahead.

CEO confidence is not necessarily shared by workers, 45% of whom earn less than $30,000 per year. While the real income of these workers has stagnated or gone down, the top 5% of U.S. households is the only group whose income has increased since the great recession. According to the U.S. Census Bureau, the gap between America’s rich and poor at the start of 2020 was the largest it has been in more than 50 years of tracking income inequality, and has been further exacerbated by Covid-19.

of U.S. households is the only group

whose income has increased since

The question many are asking is, “How long can the growing fortunes of a select few companies and executives, for whom the pandemic has not been an issue and FED programs have, for some, been a boon, be maintained if the rest of Americans continue to fall further behind?”. The top 5% cannot sustain a growing economy for all 322 million Americans.

The true measure of an economy is GDP, and America’s GDP was in decline prior to the pandemic and is now dramatically worse. Economists explain that 70% of GDP is tied to consumption, and the reality for America is that consumption cannot grow if the number of workers doesn’t grow and the wages they earn don’t grow. The basis for the growing CEO confidence reported by the Conference Board appears to be based on short term thinking.

The long-term reality is that prior to the pandemic, U.S. Latino consumption was growing 133% faster than that of non-Latinos. The net growth in nearly every sector of the economy has been the result of U.S. Latino consumption. Those CEOs who understand that livable wages and the ability to build wealth must be available to all income levels in order to drive consumption growth, and who understand how important the U.S. Latino cohort is to our country’s ability to sustain economic growth, are the CEOs whose confidence in the long-term success of the American economy is well grounded.

Latinx remain one of the most underrepresented groups on television

The UCLA College of Social Sciences recently released its seventh issue in a series of annual reports to examine relationships between diversity and the bottom line in the Hollywood entertainment industry. The Hollywood Diversity Report 2020 makes it clear that U.S. Latinos continue to be shockingly under-represented on television relative to the fact they are nearly 1 of every 5 Americans, and nearly 1 of every 4 Millennial Americans, a hot market for the industry.

As noted in the report, “From these data, a compelling story emerges of diverse audiences increasingly driving ratings in broadcast and cable, while also demonstrating their preference for diverse content in digital. It should not be surprising that an America that was 40.2 percent people of color (and growing) and more than half female in 2019. would prefer shows that included characters from these groups, and their stories, in meaningful ways.”

Yet, Hollywood continues to be far behind in representing all minority groups, with the under-representation of U.S. Latinos in all areas being the most dramatic in terms of the potential money being left on the table by not maximizing appeal to this cohort that is driving America’s New Mainstream Economy. The LATTITUDE 2020 Survey results demonstrated that fact in that 75% of all respondents said they are more likely to watch entertainment with Latinos and Latinas in lead roles.

U.S. Latinos represented less than 1% of the Writers and Directors of scripted shows in 2018/2019 in all formats — broadcast, cable, and digital. The number of broadcast scripted shows with at least one Emmy winner created by a U.S. Latino was zero.

The following provides a view of U.S. Latino/Latina representation in lead roles in the 2018/2019 season with comparisons to 2017/2018. While Cable and Digital showed very slight improvement, broadcast actually slipped back significantly compared to the previous report.

In 2019, Latinx viewers over-indexed among everyday viewers in the use of physical discs, video on demand, and online subscription. Meanwhile, Latinx adults increased their total media consumption across all platforms in 2019 compared to the year before.

The report concluded, “This is a missed opportunity. Hollywood’s survival, in the final analysis, will rest on its ability to catch up with, and better serve, a diversifying America,” an America that will continue to be increasingly defined by U.S. Latinos.