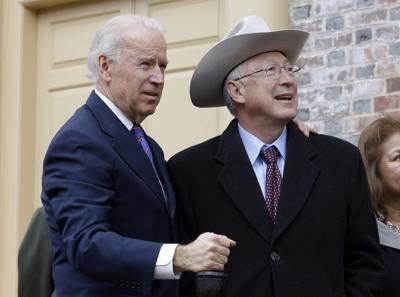 President Biden has nominated Colorado Democratic icon, Ken Salazar, as America’s Ambassador to Mexico. Salazar has described himself as a “12th generation son of the Southwest” and is an alum of L’ATTITUDE as one of the leading participants in L’ATTITUDE’S inaugural year, 2018.

His storied career in public service began in Colorado in 1986 when he was legal counsel to then-Gov. Roy Romer. In 1990, he was promoted to director of the Department of Natural Resources. Salazar then served as Attorney General in Colorado before being elected to the U.S. Senate in 2004. After working on President Obama’s campaign, he resigned his Senate seat to become Obama’s first Interior Secretary.

Salazar left the Interior Department in 2013, and joined the international law firm, WilmerHale. During the Biden campaign for President, Salazar was co-chair of Biden’s Latino leadership committee.

Salazar’s nomination will now go to the U.S. Senate, which must confirm him before he can take over the U.S. embassy in Mexico City. Sol Trujillo, L’ATTITUDE co-founder and long-term friend of Salazar said, “If ever there was ever a person fit for this role, it is my friend Ken Salazar. There is no one more prepared and qualified than Ken for this job at this point in time.”

Ken Salazar will face difficult challenges as our country’s new Ambassador to Mexico, dealing with the continued issues of immigration, security, and trade. Mexico is also facing uncertain economic times after having fared poorly in the pandemic. There will be national elections later this year that will determine the fate of the country in the coming years.

L’ATTITUDE alum, Tom Nides, has been nominated by President Biden as U.S. Ambassador to Israel. Trujillo noted, “All of us at L’ATTITUDE congratulate Tom on this nomination. He was one of the first executives to recognize the New Mainstream Economy and has committed his time, thoughts, resources, and personal presence at every L’ATTITUDE event to date, said Trujillo.”

Nides is vice chairman of Morgan Stanley, the fourth-largest US investment banking firm, and was deputy secretary of state from 2011 to 2013 during the administration of former President Barack Obama. Nides was awarded the Distinguished Service Award by former U.S. Secretary of State, Hillary Clinton.

“Tom is the right person, with his background and experiences, to represent our country’s interests, especially at this moment in time, said Trujillo.”

Pathway to Citizenship for Undocumented would boost U.S. GDP by $1.7 Trillion

According to a new report by the Center for American Progress (CAP) and the University of California, Davis, the 10.2 million undocumented immigrants who currently live in the United States have lived in the country for an average of 16 years. Granting them all a pathway to citizenship in the U.S. would boost the nation’s economy by $1.7 trillion over the next decade while creating 438,800 new jobs.

The House, with limited bipartisan support, has already passed a set of bills that would grant legalization with a pathway to citizenship for Dreamers — undocumented immigrants brought to the country as minors, and another bill granting a pathway to citizenship for undocumented workers deemed essential during the pandemic has broad support among Democrats.

Immigration advocates have express optimism about the prospects of including a pathway to citizenship for these specific groups of undocumented immigrants in a Senate reconciliation package, which would avoid the need for Republican support but would require unanimous Democratic approval.

While these and other immigration proposals have some bipartisan backing, it is thought unlikely that they will find the support of 10 Republican senators needed to overcome a filibuster, even in spite of this latest major economic impact study. As noted in the report, “As the findings show, creating a pathway to citizenship for undocumented immigrants not only is the right thing to do but also would be a substantial stimulus to the U.S. economy,”

Immigration is the only source available for future American workers 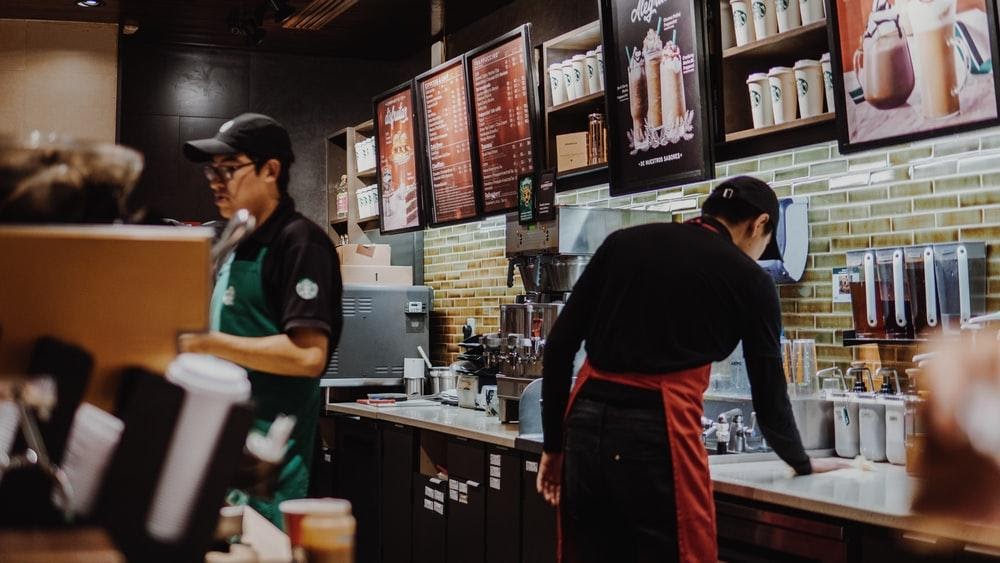 The reality of our country’s demographics show that only increased immigration can increase the number of working-age Americans in the coming years. Today, the only growth cohort able to supply a significant number of workers is the U.S. Latino cohort. However, even its growth is not able to keep up with the growth of jobs combined with the exit of Baby Boomers.

The number of unfilled jobs in America continues to grow and is now at a record 9.3 million open jobs. The size of the workforce has stagnated, and growth is nearing zero at the same time millions of Baby Boomers are leaving the workforce. The labor force is now at 161 million, which is 3 million fewer people than it was pre-pandemic.

According to a New York Fed labor market study reported in Axios, the lowest wage that workers without a college degree would be willing to accept for a new job now stands at an all-time high of $61,483, which is $10,000 more than just one year ago, demonstrating the shift in power from employer to employee when jobs demand is greater than available workers.

While nearly every industry has reported labor challenges, it appears employers facing the biggest challenge are those trying to fill blue-collar jobs. One theory is that as working-class baby boomers have been retiring en masse, a greater percentage of Americans, led by U.S. Latinos, have been going to college. Now jobs such as home health care aides, restaurant workers, and hotel staff are becoming harder to fill.

This is a unique time in our country’s history where low-skilled workers appear to have the most leverage in the labor market. In order to fill all the open jobs, and keep the economy growing, Congress will need to allow more immigrant workers to join our American workforce. 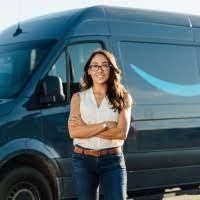 In 2018, Leah heard about the Amazon Delivery Service Partner program, which is an opportunity for leaders to own and operate their own package-delivery business. She always admired her dad who owned his own small business and remembered his words, “If you want to be something, just do it.”

She applied and in November of 2018 she launched her own business, HieQ Logistics in Tucson, Arizona. She now leads a team of 100 employees, together with her husband, and keeps a sharp eye on metrics-driven performance. She was recently featured in a story about her by the U.S. Hispanic Chamber of Commerce, where she was quoted as saying her priority are the people in her business.

“We put ourselves in the shoes of our team to really approach with empathy. We don’t make decisions without knowing exactly what our drivers and team are going through. We lead with humility, and we learn together. I think when you approach any problem with empathy and humility, it goes a long way with people.”

Latinas in the News

Regina Rodriguez, a Latina and Asian, was confirmed as U.S. District Court Judge for Colorado by the state Senate.

Mona Gonzalez and Natalie Nymark will oversee the East and West regions of the U.S. for Pereira O’Dell agency. 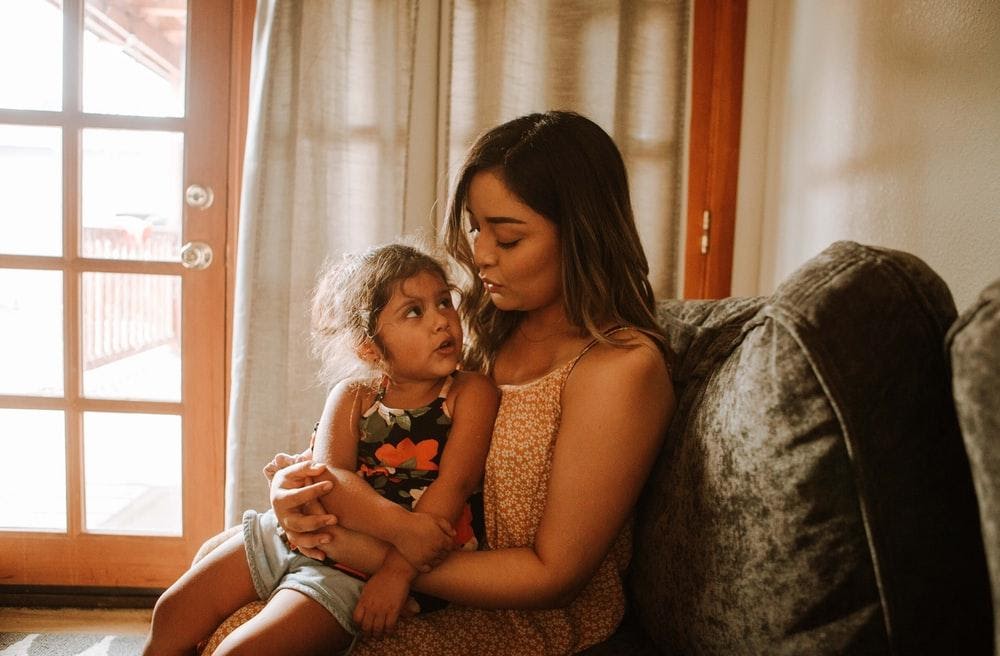 Latinas have not only experienced disproportionately high unemployment rates, but they also are dropping out of the workforce at higher rates than any other demographic group. The report, titled Latinas Exiting the Workforce: How the Pandemic Revealed Historic Disadvantages and Heightened Economic Hardship, is a call to action to policymakers and elected officials to increase focus on Latina workers to ensure the long-term competitiveness of the U.S. labor force and economy. Halfway through the pandemic, it became alarmingly clear that Latinas were facing acute disadvantages to both their health and their wealth.

The report provides evidence that the Biden Administration’s proposed American Families Plan — which would remove many of the structural barriers that impede Latinas from rejoining the labor market by providing childcare support, mandatory family and parental leave, and other family-based measures — is necessary for the long-term health of the economy.

Advertisers may be starting to value the New Mainstream Economy 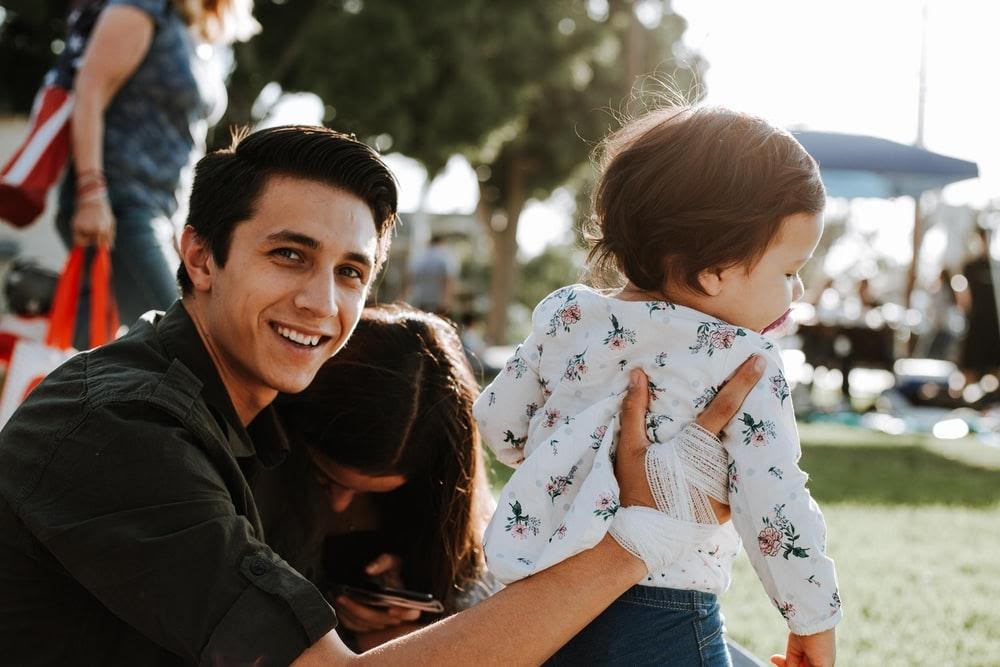 As reported in AdAge, Unilever says it is broadening its five-year-old commitment to “stereotype” its ads and is seeking “inclusive thinking” throughout the marketing process, from consumer insight to brand DNA and proposition, marketing-mix development, creative development, behind-the-camera, and on-screen portrayals.

As a result, one would expect to see a much greater U.S. Latino presence on screen and behind the camera across the marketing spectrum, since the U.S. Latino population, GDP, and economic growth all are greater than those of the Black and Asian cohorts combined.

Meanwhile, Disney saw more than 40 percent of its advertiser commitments for the coming year go toward digital and streaming. Both Disney and NBCUniversal said they saw robust demand, particularly in all major sports, including college football, NFL, and the NBA.

The commitments by Disney advertisers should logically result in greater advertiser appeal to U.S. Latino audiences, which, as we reported earlier this year, according to Nielsen, U.S. Latinos over-index in ownership of internet-connected devices and smart TVs, as well as consumption of streaming content. Latinos are, in fact, super streamers—83 percent of Latino adults are streamers vs. 74 percent for non-Latinos.

In terms of sports content, 94 percent of U.S. Latino males are sport fans, and 56 percent consider themselves avid fans. 43 percent of U.S. Latinos feel loyalty toward sports sponsorships, and 41 percent are inclined to buy products offered by the sponsors. From an advertiser perspective, the New Mainstream Economy, being led by U.S. Latinos, is their greatest growth opportunity.

Disney has made diversity and inclusion an important part of its brand, highlighting for its advertisers’ new opportunities to partner with them to reach more diverse audiences and speak more authentically to diverse communities.