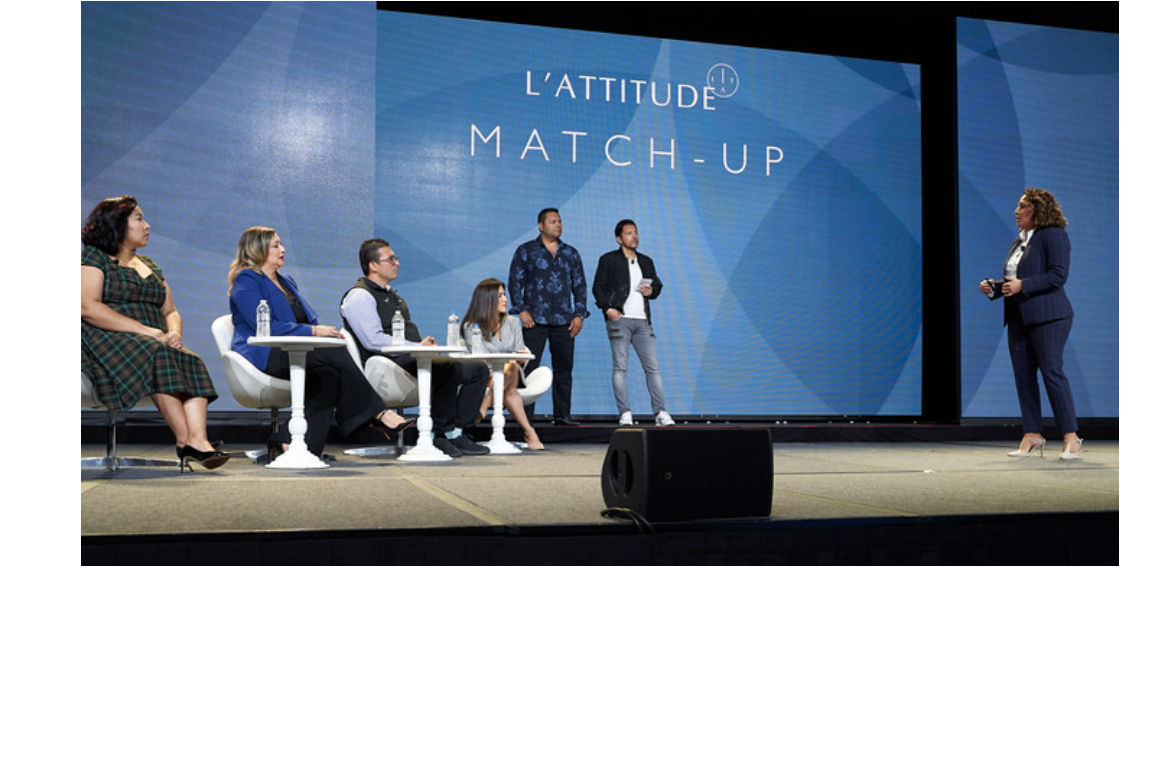 L’ATTITUDE 2021 will once again feature Match-Up, a national competition that matches US Latina/o entrepreneurs with institutional investors, sizable investments of $250,000 to over $1,500,000, and unparalleled visibility.

Led by L’ATTITUDE VENTURES (“LAT VC”), this competition not only demonstrates the depth and breadth of Latina/o entrepreneurship at the Seed to Series A stages but also reveals the bold leadership of LAT VC in catalyzing this critical growth cohort with meaningful capital and institutional resources.

This year, LAT VC plans to deploy $12,500,000 across 25 elite early-stage US Latino-led companies. In addition to this capital, the competition will invite guest judges to deploy least $250,000, each, across competitors.

This high-stakes and fast-paced competition brings out the best of each entrepreneur, attracts long-term investors committed to Latina/o entrepreneurs, and offers long-lasting visibility and across the L’ATTITUDE ecosystem.

To apply, entrepreneurs should complete the Pitch Submission Form on the LAT VC website. 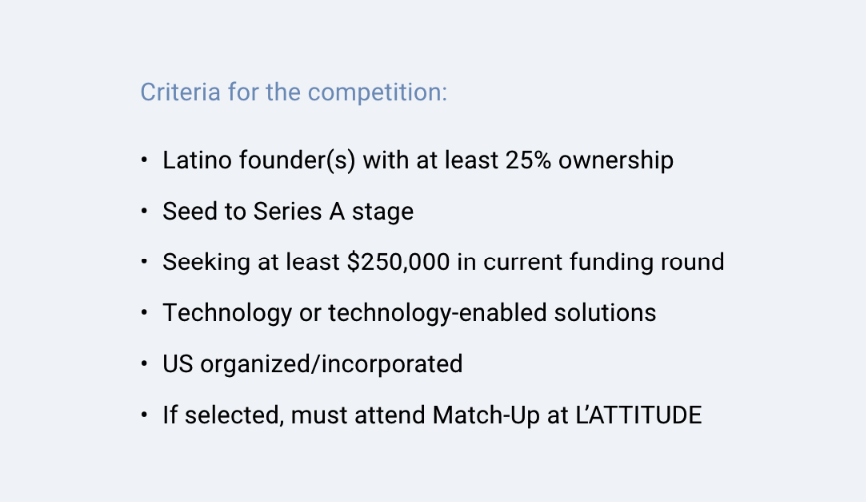 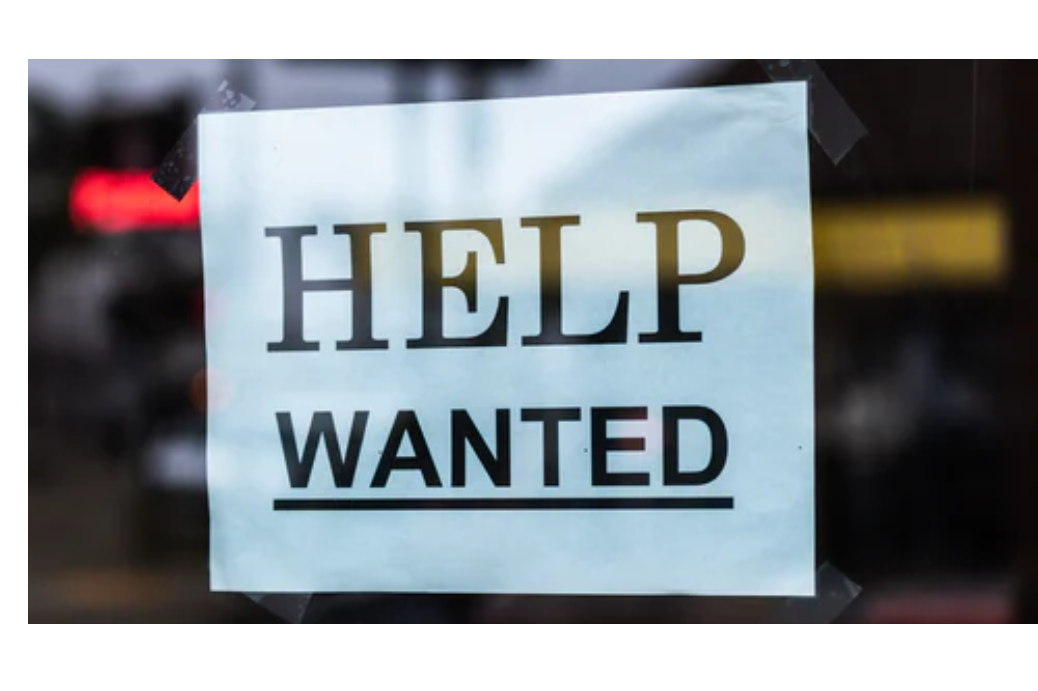 The Bureau of Labor Statistics released March job openings figures on May 11, which showed 8.1 million open jobs, the highest amount since the bureau began tracking the data in December 2000. A week earlier the National Federation of Independent Business reported that a record 44% of small-business owners reported job openings they could not fill in April, up from 24% in April 2020, and up from the average of 22% over the past 48 years.

The pandemic wiped out 2.5 million restaurant jobs and forced more than 100,000 eating establishments to close permanently. Ironically, the ones that have survived are finding it difficult, in some cases impossible, to find staffers. That is true across the economy, as U.S. business owners claim they have millions of job openings but few workers willing to fill them.

With the U.S. slowly emerging from the coronavirus pandemic, economists say this brewing labor crisis threatens the economic recovery as lost sales start to pile up.

Some employees are reportedly hesitant to return to the U.S. workforce due to concerns of the virus, loss of expanded unemployment benefits, and limited childcare options. There is also a shortage of foreign workers, which resulted from the former administration’s ban on temporary foreign workers.

Some business owners are trying to meet demand by working longer hours, and paying overtime and bonuses for employees willing to work extra hours. Those, however, are not sustainable solutions to the labor shortage.

The largest increases in job openings reported by the Bureau of Labor Statistics were in Accommodation and Food Services, State and Local Government, Education, and Arts, Entertainment & Recreation. Two areas actually showed fewer job openings than the last report, which were Health Care and Social Assistance.

Meanwhile, according to MarketWatch, unemployment benefits applications fell to 444,000 two weeks ago, the lowest level since March, 2020. However, that figure is still more than double what it was prior to the pandemic. 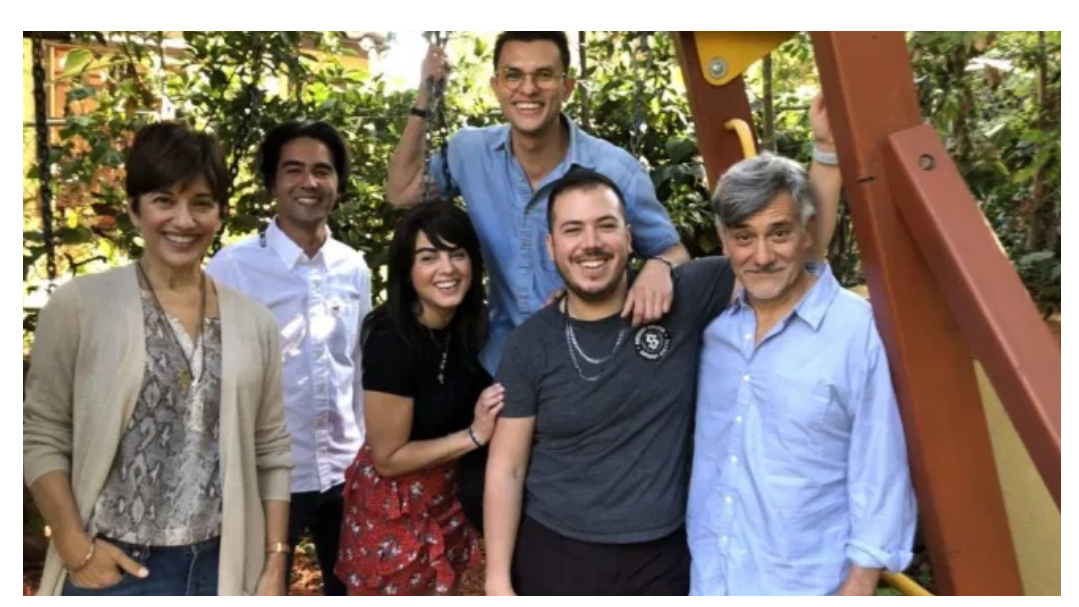 The Brothers García, featuring Latinx cast members, is getting a second life on screen thanks to New Cadence Productions, the English-language content creation studio for Latino/Latina creatives. The project is being led by the original show co-creator and executive producer Jeff Valdez and Sol Trujillo.

Valdez recently told Variety, “The original show was always about a simple slice of the life story that happened in the Garcia family. In every episode, there’s a lesson to be learned.” The original series followed the Garcia family, including three brothers and a twin sister, as they grew up and juggled school and work in San Antonio, Texas. The revived series from New Cadence Productions will feature the Garcia children now as adults, reuniting with their parents for a three-month summer vacation in a luxury home by the beach. Production is scheduled to begin in Puerto Aventuras, Mexico next month.

Trujillo was quoted in Variety as saying the themes of the series is “aspirational and universal” and added that the closing trademark for every episode will remain as “Todo para la familia.” Six original cast members will reprise their roles including Carlos Lacámara, Ada Maris, Jeffrey Licon, Bobby González, Vaneza Pitynski, and Alvin Alvarez.

According to Valdez, The Brothers Garcia was the first show to feature a middle-class Latino family, and his intention for the sequel is to show Latino families beyond the stereotypes of being poor and gang members. As he told Variety, “We want audiences to see that we are totally American and part of the ‘new mainstream.’ There are no themes of narcos, border walls, gang bangers or maids anywhere in this series — a fact that we are very proud of and hope that Hollywood will follow suit,” he said.

HBO Max has ordered a 10-episode run of the series, which will be produced with at least 90% of the talent in front of and behind the camera being Latino. New Cadence has full control of the series. The company’s formation was originally announced at L’ATTITUDE, and has recently received a Vision Award and has been nominated for three Primetime Emmy Awards.

Inequality in the U.S. is getting worse 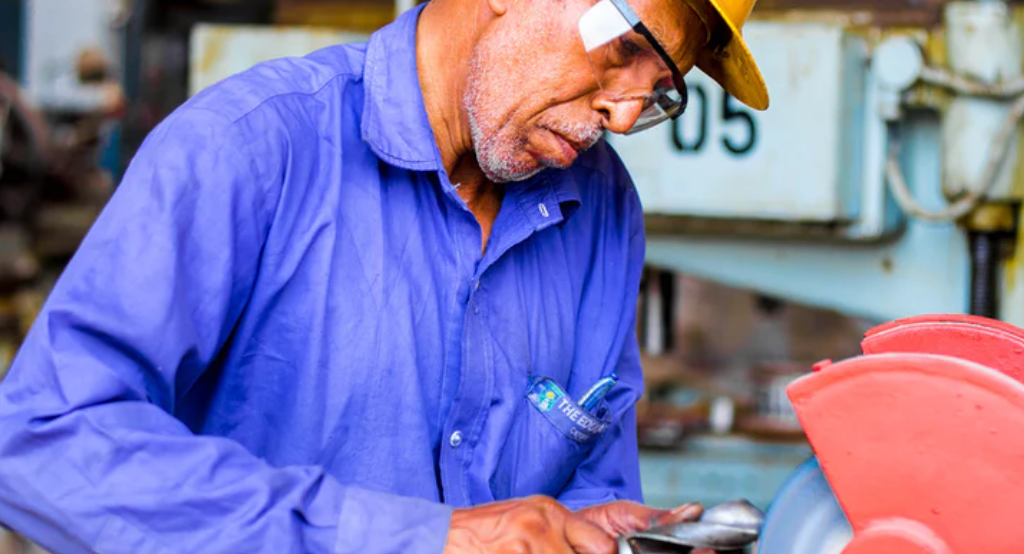 As reported in Axios, new findings from a group of research and industry analysts who publish the monthly Job Quality Index, the index has fallen from last year. The index now shows that 55% of American workers are in “low quality” jobs, and 45% are in “high quality” jobs, meaning weekly wages are above the national average for non-management production jobs.

When broken down by race, 28% of U.S. Latino workers were reportedly in high quality jobs in 2020, which was the lowest of any cohort. The good news for U.S. Latinos is that since 2007, they have gained 27% in that category, second only to the Asian cohort. Their gains in high quality jobs are expected by many experts to continue to increase and with greater velocity as this is our country’s youngest cohort, resulting in many now advancing their careers from their first jobs to higher paying jobs. The education achievement of the U.S. Latino cohort is also leading the country in its gains, resulting in entry level jobs being higher for today’s young workers than previously.

The pandemic demonstrated how communities of Black and Hispanic workers, and particularly women, have been disproportionately impacted by shutdowns. That is a result of so many of them being in service sector jobs, many of which ironically were deemed “essential.” Low-quality service sector jobs in areas such as food service and social assistance (child day care, home health care, for example), have made the problem of declining job quality worse, according to the new JQI report.

As previously reported here, America’s income inequality has grown dramatically and has positioned our country among the worst major economies in the world. According to Pew Research, upper-income families actually built wealth between 2001 and 2016, up 33%, while middle-income families saw a 20% decline, and lower-income families have suffered a 45% decline.

It appears that part of President Biden’s Build Back Better concept includes investing in manufacturing to revitalize that industry as a way to boost the income levels and lifestyles of its workers. 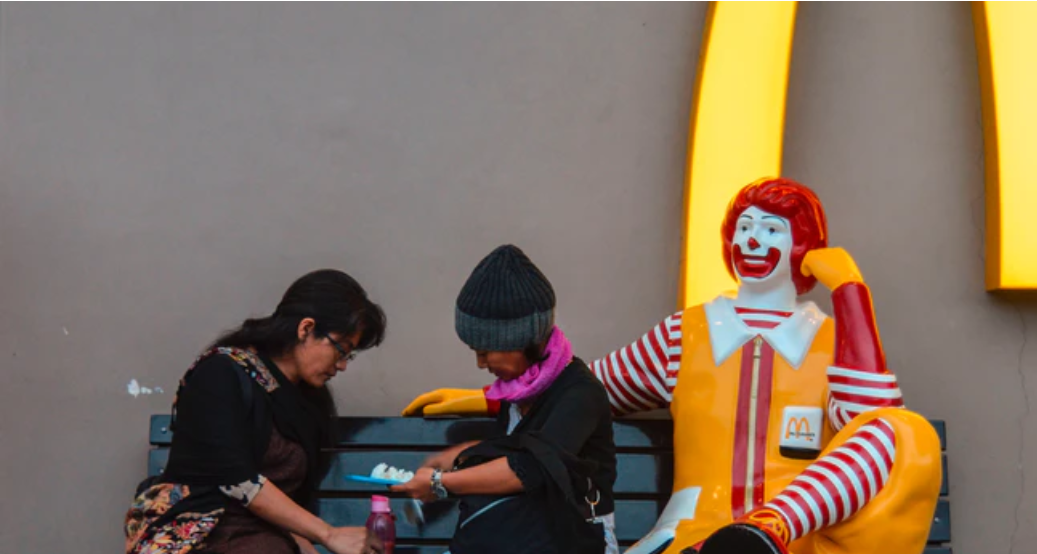 McDonald’s is promising to more than double its U.S. investment in diverse-owned media companies, production shops and content creators by 2024. As reported in AdAge, over the next four years, McDonald’s will increase its U.S. advertising spending with platforms owned by Black, Hispanic, Asian American, female and LGBTQ people from 4% to 10%. It was also reported that the company will be forming multi-year partnerships with diverse-owned media entities.

“With this latest move, we’re taking action to advance diverse-owned companies across the marketing supply chain,” Morgan Flatley, chief marketing and digital customer experience officer, McDonald’s USA, said in a statement. “We’re using our resources to support these platforms and businesses. … while creating deeper relationships with our diverse customers, crew and employees.”

Currently, McDonald’s has longstanding relationships with diverse-owned agencies, including Lopez Negrete in the U.S. Latino cohort.

In April, the company’s global leadership team issued a statement that said, “While we have always been committed to diversity, equity and inclusion, we recognize that McDonald’s has both a business obligation and social responsibility to do more to make our world more equitable.”

The company said it aimed to have 35% of its top U.S. leadership be from underrepresented groups by 2025. Last November, the company held its first Media Partner Summit, which brought together diverse-owned media companies with the goal of identifying mutually beneficial partnership opportunities.

Any commitments to U.S. Latino owned media have not been reported. 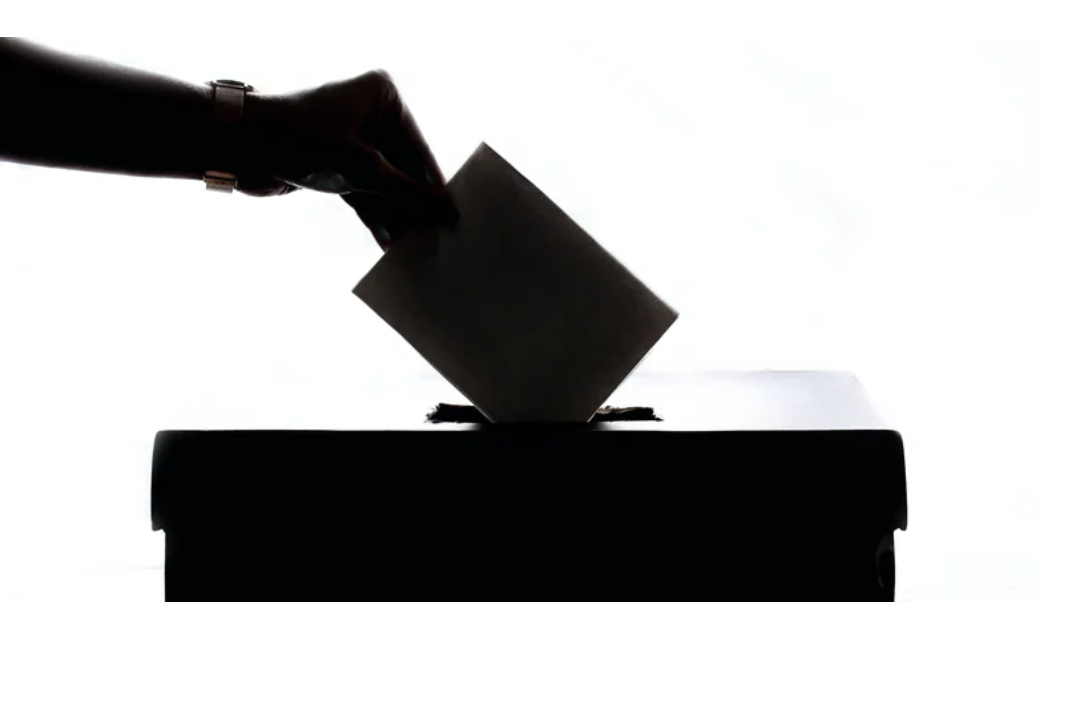 According to a City University of New York study reported by NBC News in May, U.S. Latino voters in the presidential election turned out in record numbers. Before 2020, the percent of Latinos eligible to vote who actually voted had never surpassed 50 percent, but in November it hit 53.7 percent.

The trajectory of increasing Latino registration turnout will be helped by the one million Latinos who turn 18 every year and who are increasingly registering and voting. In fact, a big source behind what the CUNY researchers described as the “extraordinary” Latino participation were record registration and turnout by younger Latinos ages 18 to 44.

More than 71 percent of all Latino eligible voters were born in the U.S. according to the study. That increase among Latinos born in the U.S. was the principal statistical cause of the overall surge in registration and voting rates in the 2020 presidential election.

The election data showed that 1 of every 10 voters in the presidential election was a U.S. Latino. Given the demographic reality of our country, that number will only get larger every election cycle for at least the next three decades.