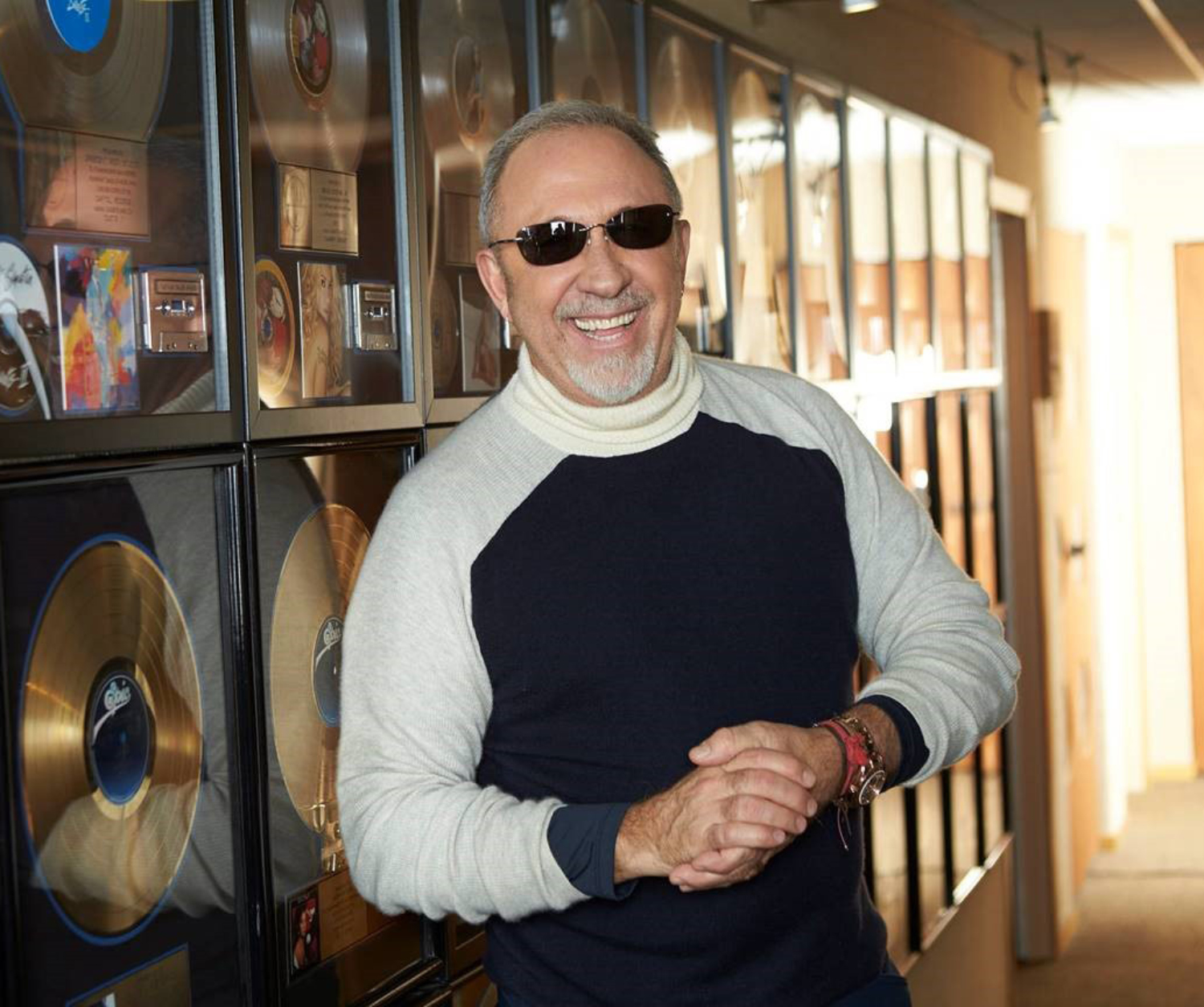 Emilio Estefan was born in Santiago Cuba, Cuba, which at the age of 14, he was forced to
flee with his father from the Castro regime. However, before leaving Cuba, it is said here is where he cultivated his musical sensibilities playing his accordion to earn enough tips to help him support his family.

At the age of 22, Emilio formed a band called the Miami Latin Boys, which found itself playing for a wedding where two wedding guests, Gloria Navarro and her cousin Mercedes did an impromptu performance of two Cuban standards. The band was so impressed, Gloria and Mercedes were asked to join them and the band changed its name to the Miami Sound Machine, which went on to release popular albums and a string of hit singles.

As a true visionary, Emilio has continually experimented and pushed the envelope of blending Latin, pop and world rhythms that have created a unique style and personality. This vision transcends the music field and spills over into film, television, hotels, and restaurants, among other endeavors.

After a quarter of a century producing music for some of the biggest and brightest stars in the music business, his superstar wife, Gloria as well as Shakira, Ricky Martin, Marc Anthony, Jon Secada, Alejandro Fernandez, Thalia, Carlos Vives, and Jennifer López, among many others. Emilio has also put his indelible vision in the television and movie industry.

His main objective, as it always has been, is to shatter the stereotypes that have been a part of the Latin community for decades in film and TV. In 2008, Emilio produced and directed his first full-length documentary film, “90 Millas,” based on the pioneers and history of Cuban music. The film received critical accolades after premiering in the Tribecca Film Festival, Dubai Film Festival, and the Miami International Film Festival.
​
With the same passion and drive that Emilio has achieved in music, film & TV he has proven the same in the hospitality industry as well. In the early 90’s Emilio had the vision that Miami’s South Beach would become an international destination and purchased the Cardozo hotel on the world famous Ocean Drive. His Midas touch was immediate and visible with the success of Larios on the Beach on Miami Beach), Bongo’s Cuban Café at the Walt Disney Resort in Orlando, at the American Airlines Arena in Miami, and at the Seminole Hard Rock & Casino in Ft. Lauderdale. Expanding his hospitality success north of Miami in Vero Beach Florida, the Estefans also own and operate Costa d’ Este Beach Resort.

In 2009, Emilio became the first Cuban-American to become a minority share-holder in an NFL franchise, joining the ownership of the Miami Dolphins. A year later, he added the title of best-selling author to his long list of credits with the release of The Rhythm of Success – How an Immigrant Produced his own American Dream. President George W. Bush appointed Emilio as a member of the President’s Committee on the Arts and Humanities and he has produced many historical musical events at the White House. He was tapped by President Barack Obama to the committee charged with creating the first National Museum of the American Latino.

From his humble roots as a Cuban refugee, to becoming one of the most successful businessmen in America, he shares his unconventional and pioneering career as a guide, to empower readers to establish for themselves the tools, ethics, values, and strategies necessary to unleash their own business potential.

We proudly named Emilio Estefan as a winner of our L’ATTITUDE 2019 LEADERSHIP AWARD.