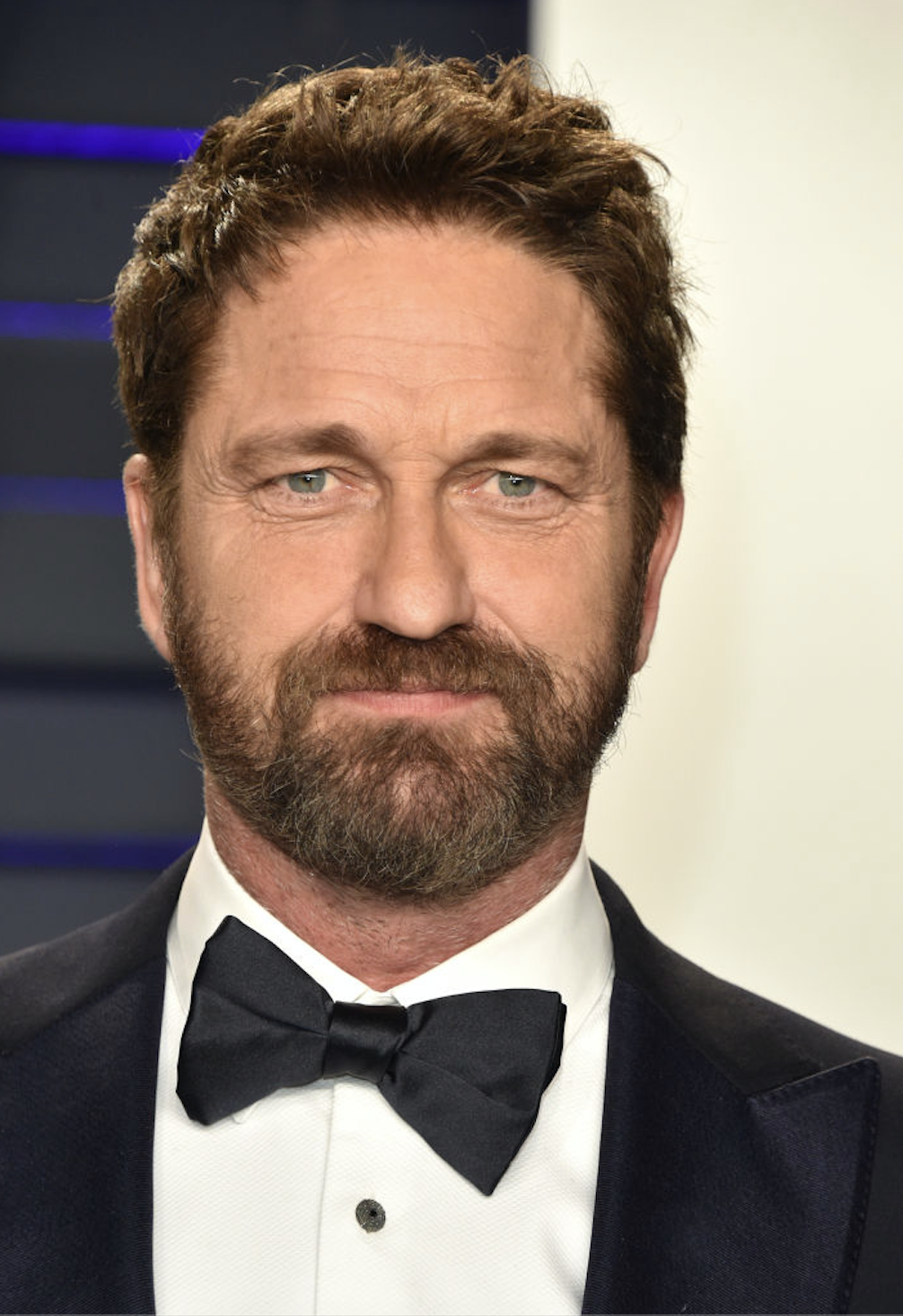 A gifted actor with unparalleled charm, GERARD BUTLER has inspired audiences across the globe with dynamic and fan favorite roles that span a multitude of genres.

Butler was most recently seen in the box office hit Angel Has Fallen, the third installment in the highly successful Has Fallen film series. He stars opposite Morgan Freeman, Jada Pinkett Smith, Piper Perabo, and Nick Nolte. Angel Has Fallen follows Secret Service Agent Mike Banning (Butler) as he is framed for the attempted assassination of the President and must evade his own agency and the FBI as he tries to uncover the real threat. The film was released by Lionsgate August 23, 2019. Butler produced all three films under the G-BASE banner.

Butler can next be seen in Greenland which will reunite him with the director of Angel Has Fallen, Ric Roman Waugh. The disaster thriller is about one family’s fight for survival in the face of a cataclysmic natural disaster and will also star Deadpool’s Morena Baccarin. Producers are Butler and Alan Siegel under their G-BASE banner along with Basil Iwanyk and Sébastien Raybaud. STX will release the film later this year.

It was recently announced that Butler will star in the upcoming film, The Plane as a commercial pilot Ray Torrance, who after a heroic job of successfully landing his storm-damaged aircraft in a war zone, finds himself caught between the agendas of multiple militia who are planning to take the plane and its passengers’ hostage. Producers are Di Bonaventura Pictures’ Lorenzo di Bonvaventura and Mark Vahradian, MadRiver Pictures’ Marc Butan and Ara Keshishian, as well as Butler and Alan Siegel under their G-BASE banner. Additionally, upcoming under the G-BASE banner, Butler will star in the upcoming action pic Kandahar which will reteam him with Angel Has Fallen director, Ric Roman Waugh. In the film, Butler will play Tom Harris, an undercover CIA operative working in the Middle East. An intelligence leak dangerously exposes his classified mission and reveals his covert identity. Stuck in the heart of hostile territory, Harris and his translator must fight their way out of the desert to an extraction point in Kandahar, Afghanistan, while eluding the elite special forces hunting them.

Also in 2019, Butler received rave reviews for his performance in The Vanishing, a psychological thriller based on a real-life unsolved mystery about a trio of lighthouse keepers pitted against each other on a remote Scottish island. Butler also reprised his role voicing the character ‘Stoick’ in the third installment of DreamWorks Animation’s Academy Award nominated film, How to Train Your Dragon with Cate Blanchett, Jonah Hill, Craig Ferguson, and Kristen. The film has garnered numerous accolades including “Best Animated Feature” by the National Board of Review, an Academy Award nomination, Golden Globe nomination and Critics’ Choice nomination in the category of, “Best Animated Feature,” along with six Annie Award nominations. Butler also will make a cameo in Jamie Foxx’s feature film directorial debut, All-Star Weekend, starring Jeremy Piven, Robert Downey Jr., Benicio Del Toro, and Foxx himself. The story revolves around two buddy tow-truck drivers, played by Piven and Foxx, who are hardcore basketball fans that get to attend the NBA All-Star Game.

In 2018 Butler starred in and produced STX Entertainment’s hit Den of Thieves. The story follows the intersecting lives of an elite unit of the LA County Sheriff’s Department and Los Angeles’ most successful bank robbery as they plan a heist on the Federal Reserve Bank of downtown Los Angeles. Butler starred opposite 50 Cent and O’Shea Jackson Jr.

Butler solidified himself as a leading man when he starred as the bold and heroic King Leonidas in Zack Snyder’s blockbuster film, 300. The film broke box office records in its opening weekend and went on to earn more than $450 million worldwide. Butler’s other $100 million plus films include Olympus Has Fallen; London Has Fallen; Angel Has Fallen; F. Gary Gary’s Law Abiding Citizen opposite Jamie Foxx; How to Train Your Dragon 1, 2, & 3; P.S. I Love You opposite Hilary Swank; Andrew Lloyd Webber’s The Phantom Of The Opera opposite Emmy Rossum; and Lara Croft Tomb Raider: The Cradle Of Life opposite Angelina Jolie; Dean Devlin’s Geostorm; Gods of Egypt  with Chadwick Boseman and Rufus Sewll; The Bounty Hunter opposite Jennifer Aniston; Robert Luketic’s The Ugly Truth opposite Katherine Heigl; and Nim’s Island with Jodie Foster and Abigail Breslin.

In 2008, Butler and his manager, Alan Siegel, formed their production company, G-BASE, which in addition to the previously mentioned titles, has produced fifteen additional feature films including Them That Follow, Law Abiding Citizen, Olympus Has Fallen, the sequels London Has Fallen and Angel Has Fallen, Septembers Of Shiraz, which was selected into the 2015 Toronto Film Festival, A Family Man, which premiered at the 2016 Toronto Film Festival.  In addition to film, the company continues to produce and develop a diverse slate of projects including television series, documentaries, and interactive media projects. Them That Follow premiered at the 2019 Sundance Film Festival and sold to The Orchard. The film was released  August 2, 2019 nationwide.

Butler is dedicated to charitable efforts around the world including Mary’s Meals, an organization founded with the simple mission to serve one meal a day to a child in school, as well as Artists for Peace and Justice, where he is a board member. APJ was established in 2009 and is a fundraising mission founded by Paul Haggis that encourages peace and social justice and addresses issues of poverty and enfranchisement in communities around the world.

Born in Scotland, Butler made his stage debut at the age of twelve in the musical, Oliver, at Glasgow’s famous Kings Theatre. As a young man, his dreams of acting were temporarily deterred and he went on to study law for seven years before returning to the London stage in the acclaimed production of Trainspotting, and later in Snatch and the Donmar Warehouse production of Tennessee Williams’ Suddenly Last Summer opposite Rachel Weisz.