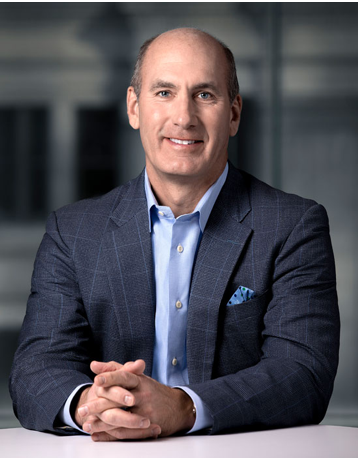 John Stankey assumed the role of CEO in July 2020 after previously serving as president and chief operating officer. With more than $170 billion in 2020 revenues, AT&T is one of the world’s largest companies in technology, media, and telecom. Between 2016 and 2020, AT&T invested more than $110 billion in its network, including capital investments and acquisitions of spectrum and operations. Over that same period, the company invested more in the U.S. than any other public company. John’s leadership drives AT&T to deliver on its purpose to create connections with each other, with what people need to thrive in their everyday lives, and with the stories and experiences that matter. AT&T’s market focus is as a broadband provider, a software-based entertainment provider, and a creator of content that drives engagement. The company is undergoing a significant transformation initiative to ensure all the company’s business units are well-positioned for continued success into the next decade and beyond. AT&T Communications is a global leader in communications with more than 130 million U.S. mobile, broadband, and pay-TV customers, as of the end of 2020, and nearly 3 million business customers, from the smallest companies to nearly all the Fortune 1000. WarnerMedia is a leading media and entertainment company that creates and distributes popular content from a diverse array of storytellers and journalists through its industry-leading consumer brands including HBO, HBO Max, Warner Bros., TNT, TBS, truTV, CNN, DC Entertainment, New Line, Cartoon Network, Adult Swim, Turner Classic Movies and others. WarnerMedia also includes Xandr, which is focused on creating a better solution for advertisers and publishers to reach specific audiences at scale in trusted, premium content environments. AT&T Latin America provides pay-TV services across 10 countries and territories in Latin America and the Caribbean and wireless services to consumers and businesses in Mexico. John joined AT&T in 1985 and has 35 years of accomplished leadership spanning nearly every area of AT&T’s business. He has served in a variety of roles including CEO of WarnerMedia; CEO of AT&T Entertainment Group; Chief Strategy Officer; Chief Technology Officer; CEO of AT&T Operations; and CEO of AT&T Business Solutions. He currently serves on AT&T’s board of directors. John holds a B.B.A. in Finance from Loyola Marymount University and an M.B.A. from UCLA. John and his wife, Shari, have been married for 30 years and have three children and one grandchild.