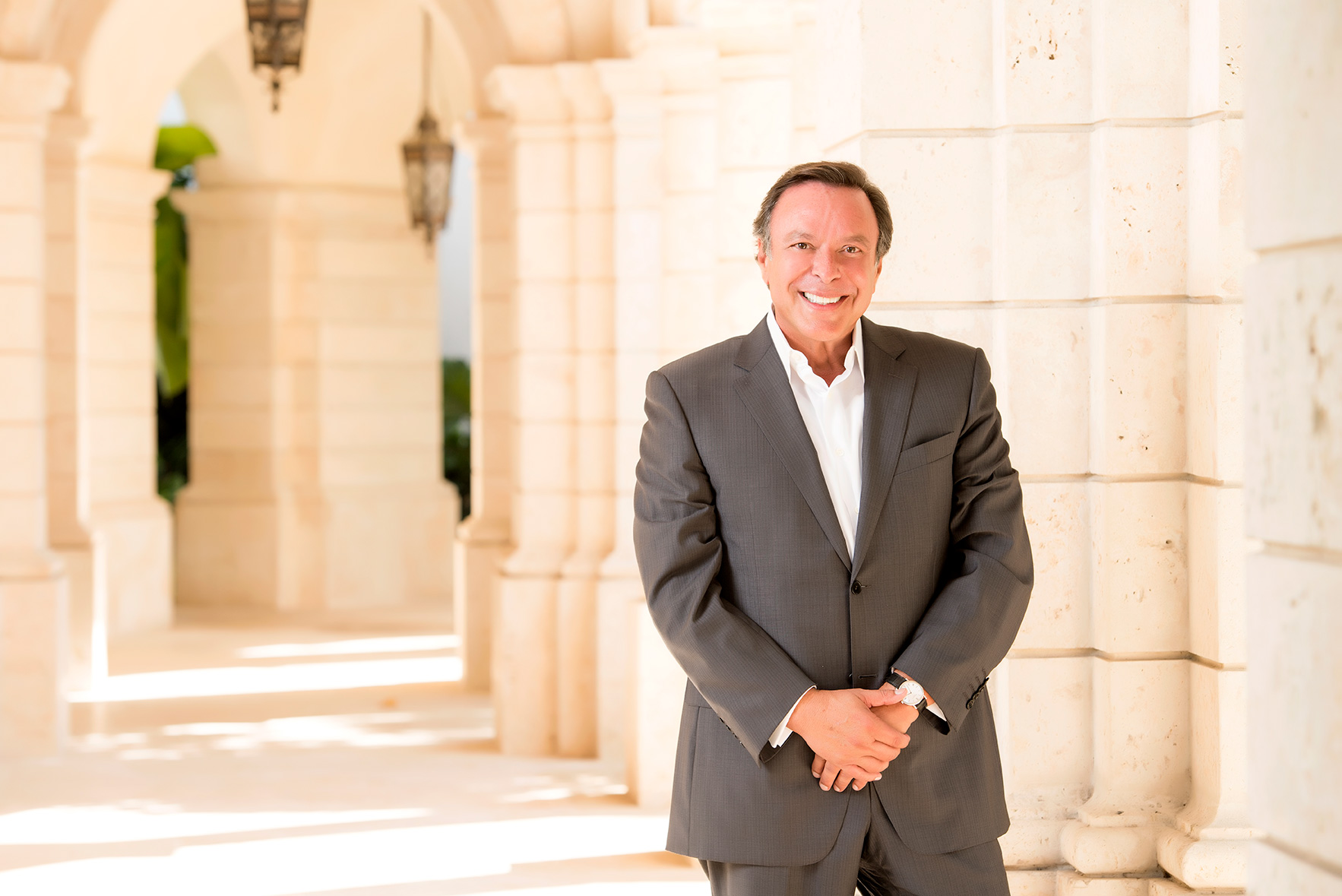 Mike Fernandez was born in a small town in the eastern end of Cuba called Manzanillo. His father was an ambitious entrepreneur who by the age of 24 owned four sandwich shops, a cafeteria, a bar, and a jukebox business. When Mike was 12 years old, the Cuban communist militia seized his father’s shops and his family were forced to leave the country, arriving first in Mexico City, and then making their way to New York City.

In New York as a teenager in a displaced family, Mike had to help fund his high school education at an all-boys Catholic School by taking odd jobs. He graduated, attended the University of New Mexico, but described himself as a “terrible student” and dropped out to enlist in the Army.

After leaving the military, he became a door-to-door insurance salesman. Working harder than any of his colleagues, he became a top seller in Florida, which laid the foundation for the rest of his career. Drawing on the example his father had set when Mike was a child, he too became an ambitious entrepreneur, having owned eleven companies during his career. Not all of his ventures were successful and, in fact, he found himself having to start over multiple times. However, true to his “can do” Latino heritage, his motto in life became, “Never give up!”

Today, his life’s achievements would impress just about anyone. He is the chairman of MBF Healthcare, a private investment firm that purchases medium sized companies that have at least five million dollars in annual earnings. Using his business acumen he strengthens these companies and sells them for profit.

His formula has proven to be a major American success story as he has achieved multi-billionaire status, not bad for an immigrant from Manzanillo, Cuba. In the process, Mike has become a well-known and well-respected philanthropist who, during the past 20 years, has donated over $100 million to charitable foundations.

Eight years ago, he and his close friend, Earvin Magic Johnson, joined forces to bring HMO plans to urban communities, including a critically important program for HIV/AIDs. A year later, after experiencing the frightening challenge of being the grandparent of a granddaughter undergoing hearth surgery, and meeting the mother of another hospitalized child, he was compelled to find a way to help parents who didn’t have the resources to pay for medical treatment for their children.

He took pledges for his 508-mile spiritual trek along the entire El Camino de Santiago through the Pyrenees from France to Spain. His effort raised ore than $5 million for families with limited resources and children in need of medical treatment.

As he described to one reporter, “It would’ve been terrible if my father’s son were not relevant. Out of respect for my dad and everything he did for us, I wanted to be relevant, I don’t mean financially relevant, either. It’s all about doing something good,” which sums up his desire to make a positive impact on his community.

When asked what he feels is the biggest accomplishment of his remarkable career, he said,
“My kids understand how important it is to give back. They get it. Kids do what they see, not what they’re told. Family is where it all begins and all ends,”

We proudly named Mike Fernandez as a winner of our L’ATTITUDE 2019 LEADERSHIP AWARD.