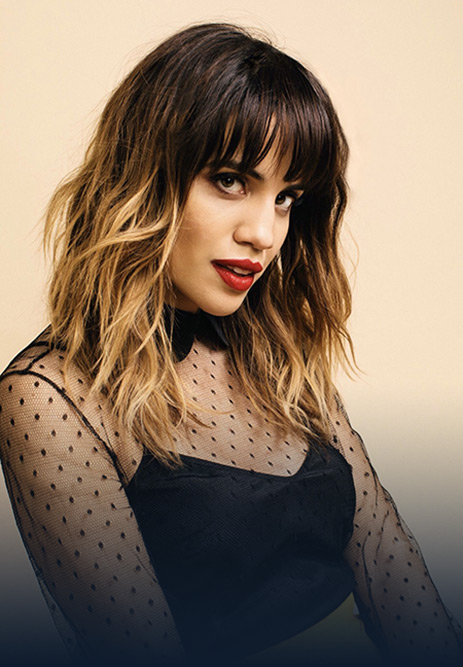 Natalie Morales is an actress, writer, filmmaker and activist.

When not behind the camera shooting music videos for the likes of indie wunderkinds like Holly Miranda and Andrew Bird, Natalie’s work can be found on several popular television shows and films. Most recently she starred in the Oscar winning Spider-Man: Into the Spider- Verse and the Twentieth Century Fox action blockbuster Stuber, alongside Dave Bautista and Kumail Nanjiani. She starred in Battle of the Sexes,  playing  tennis pro  Rosie Casals opposite Emma Stone and Steve Carell and soon you can see her alongside Academy Award winners Denzel Washington, Rami Malek & Jared Leto in the Warner Brothers feature, The Little Things.

She starred in NBC’s Abby’s as the titular character, and recurred on HBO’s The Newsroom and Girls, NBC’s Parks & Recreation and Netflix’s Santa Clarita Diet, where she was reunited with her Going the Distance co-star, Drew Barrymore. She also voices “Yolanda Buenaventura” on Netflix’s popular animated series, BoJack Horseman and will be starring alongside Christina Applegate and Linda Cardellini in the Netflix series, Dead to Me.

You may remember her from the Fox comedy The Grinder, Trophy Wife on ABC, as well as the USA series White Collar and the ABC Family series, The Middleman. She also created, directed and stars in the Funny or Die series James Joyce’s Love Letters along with Michaela Watkins, Martin Starr and Paget Brewster.