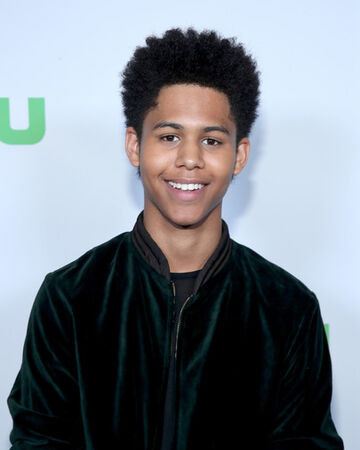 Rhenzy Feliz is on his way to being one of the most sought after young actors. Feliz can be seen as the male lead of the highly anticipated Netflix film ALL TOGETHER NOW, starring opposite Auli&#39;i Cravalho and Carol Burnett set for an August 28 th  release date. Based on the Matthew Quick YA novel Sorta Like A Rock Star, the film is about an optimistic high schooler with musical aspirations who must learn to accept help from her friends to overcome her personal hardships and fulfill her dreams, and find hope in the darkest of times. Rhenzy plays her love interest.

Rhenzy can currently be seen as a lead of Hulu’s Marvel series “Runaways,” based on the beloved comic of the same name, playing fan-favorite ‘Alex Wilder,’ the son of evil villains with special abilities; he is also a child prodigy in the fields of logic and strategy.

Rhenzy graduated from Santa Monica High School a few years ago and has not stopped working since. During his senior year, he booked his first professional acting job, joining season 2 of “Casual,” the Jason Reitman produced dramedy for Hulu playing ‘Spencer,’ a high school student living with cancer. Rhenzy went on to recur in the final season of the popular MTV series, “Teen Wolf” starring Dylan O’Brien and Tyler Posey.