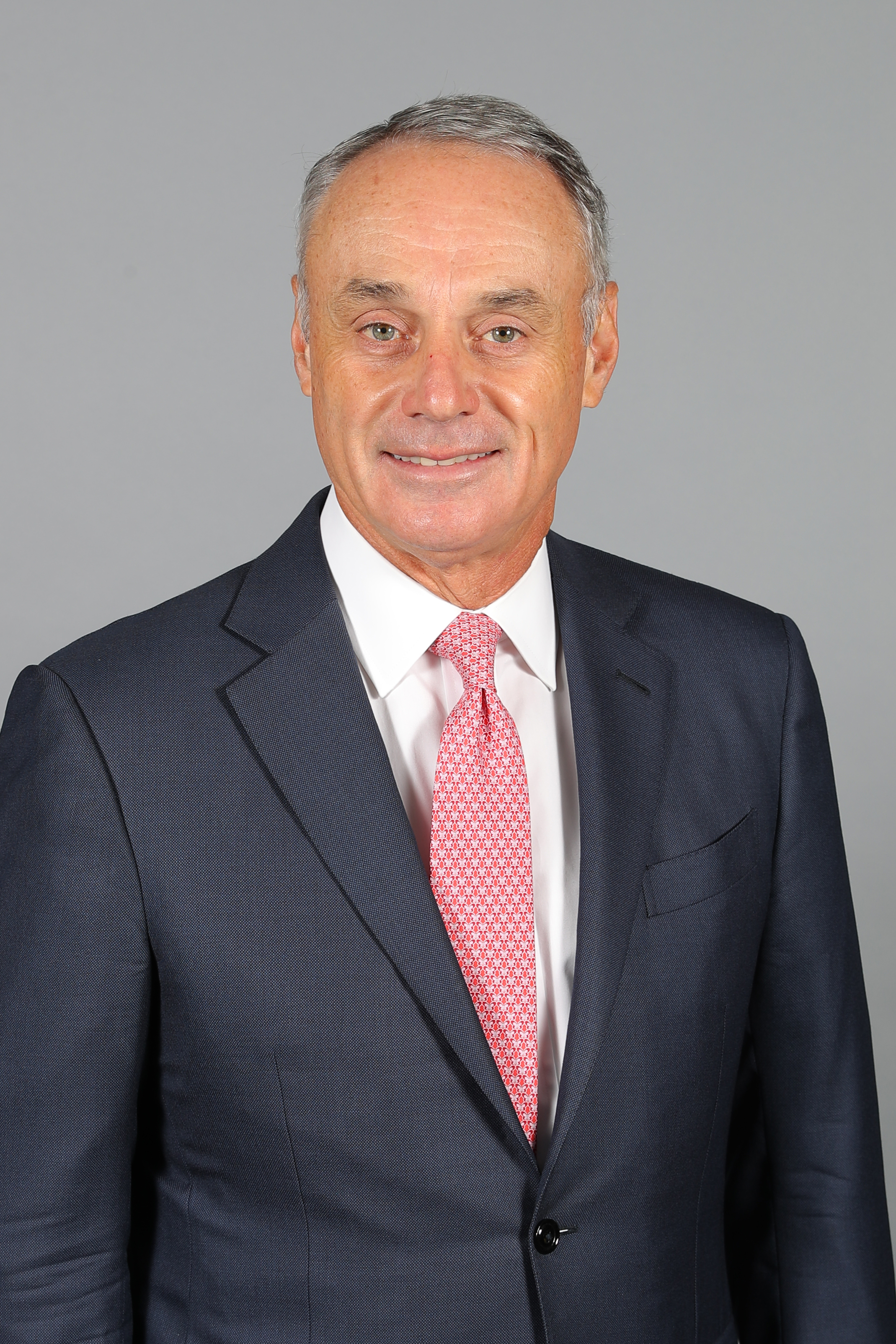 Robert D. Manfred, Jr. was elected as the 10th Commissioner in the history of Major League Baseball on August 14, 2014 by vote of the 30 Major League Clubs. He officially became the sport’s leader on January 25, 2015. On November 15, 2018, Club owners re-elected Manfred to another five-year term through the 2024 season.

Since Manfred began as Commissioner, MLB reached a new five-year collective bargaining agreement, continuing the sport’s unprecedented era of 26 consecutive years of labor peace through 2021, and a landmark transaction in which The Walt Disney Company acquired a 75% stake in BAMTech, a leading technology platform and video streaming company created by MLB. Manfred’s goals for the industry include the expansion of youth participation, international growth, improved pace of game, the infusion of technology into the game, increased marketing of the game’s young stars and furtherance of the game’s diversity goals.

Manfred has prioritized sustaining the game’s international growth. In 2016, MLB returned to Cuba for the first time since 1999 as the Tampa Bay Rays played an historic exhibition game vs. the Cuban National Team on March 22nd at Estadio Latinoamericano in Havana, jointly attended by President Barack Obama and Cuban President Raúl Castro. In 2018, MLB staged regular season games in Puerto Rico and Mexico. In 2019, MLB opened its regular season in Japan, played multiple series in Mexico and held an historic June series in London, which were the sport’s first games ever played in Europe. Under Manfred’s leadership, MLB has also taken the game to non-traditional domestic locations with groundbreaking events in recent seasons at Fort Bragg, North Carolina; in Williamsport, Pennsylvania, home of the Little League World Series; and in Omaha, Nebraska, home of the NCAA’s College World Series. In August 2020, MLB will hold a regular season game at the famed Field of Dreams site in Iowa, celebrating the beloved baseball film.

Prior to being elected Commissioner, Manfred had served as MLB’s Chief Operating Officer since 2013, managing the Commissioner’s Office in New York on behalf of Commissioner Allan H. (Bud) Selig. From 1998-2013, Manfred served as Executive Vice President, overseeing labor relations, economics and league affairs and directing all collective bargaining with the MLBPA. Manfred also represented MLB on all upgrades to the game’s Joint Drug Prevention and Treatment Program, the toughest in American professional sports.

Under Manfred’s leadership, MLB has formed core partnerships with Boys & Girls Clubs of America, the Jackie Robinson Foundation and Stand Up To Cancer. Manfred has served as a member of the Board of Directors of the Sports Lawyers Association and the Partnership for Clean Competition. In April 2016, Manfred received the Judge William B. Groat Award from his alma mater, honoring outstanding professional achievement and service to Cornell’s ILR. In November 2017, Manfred received the Jacob K. Javits Lifetime Achievement Award from the Greater New York Chapter of the ALS Association for MLB’s efforts against Lou Gehrig’s Disease. Manfred currently serves on the board of directors of DREAM, a nonprofit that uses the power of teams to inspire youth to recognize their potential.

Manfred, a native of Rome, New York who was born in 1958, has been married to his wife Colleen since 1982. The New York residents have four adult children.