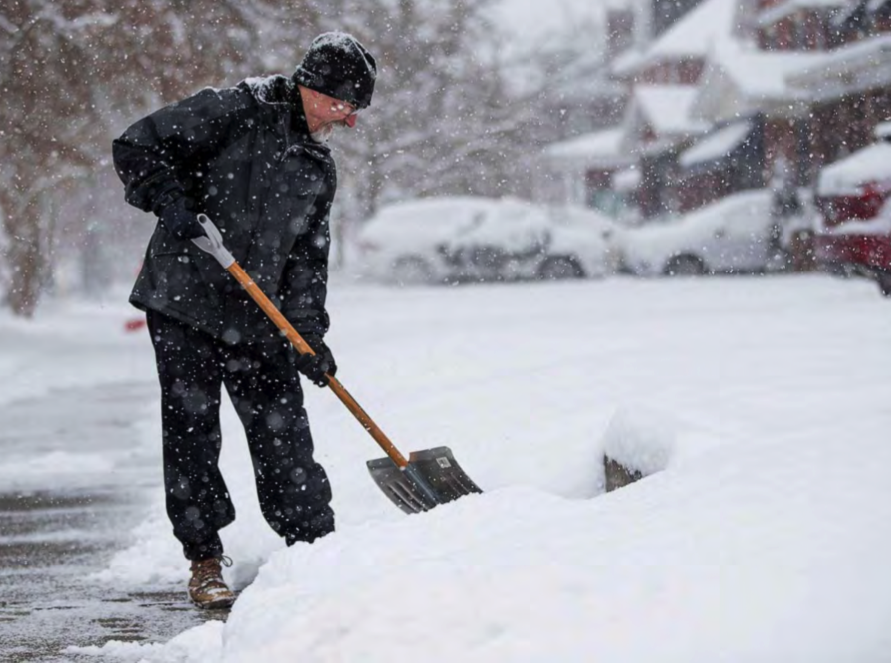 The devastating Texas storm hit families of all races and ethnicities. Even in affluent neighborhoods, power was knocked out causing crisis conditions for families across the state. However, families in lower income areas often don’t have a car or the funds to hunt for groceries, aren’t able to make quick repairs to pipes that have burst, or have access to alternative support systems.

As a result, while millions of Texans grapple with the aftermath of a deadly winter storm, it appears  people of color in low-income communities were disproportionately affected by blackouts and burst pipes, making their road to recovery much longer.

The historic winter weather exacerbated pre-existing disparities like poor infrastructure and lack of resources in marginalized communities. Black and Latino communities who were already disproportionately suffering from COVID-19 are now struggling to recover from one of the worst weather events to ever hit Texas. There is fear that previous disaster response failures could result in the situation getting even worse as the state thaws out.

Ocasio-Cortez tweeted that she had set up a relief fund that raised more than $2 million in one day and will benefit five Texas-based organizations. “Charity isn’t a replacement for good governance, but we won’t turn away from helping people in need when things hit the fan,” Ocasio-Cortez tweeted.

Meanwhile, millions of Texans are still without clean, running water. Many have had their pipes burst, even more are on a water boil notice. This is a humanitarian crisis. Julián Castro, former United States Secretary of Housing and Urban Development, is inviting people to pitch in to buy a case of water, or a box of food, by donating to his People First Feeding Texas effort. If you would like to contribute, you can do so here.

Income inequality has worsened during the pandemic

The Federal Reserve Bank of New York has issued a report that shows economic inequality in the U.S. is continuing to grow, concluding that the actions taken by the Federal Reserve in response to the pandemic have had little impact on reducing unemployment inequality, and have actually increased wealth inequality.

In the fall, our lowest income workers began returning to work, only to have that progress halted by the winter surge of COVID-19. At the same time, the negative impact on high-income and middle-income workers was minimal. While many of them were able to work from home, those employed in the leisure and hospitality industry, most notably restaurants, bars, and hotels, as well as retail, lost either part or all of their income due to Covid restrictions.

As noted in previous L’ATTITUDE news, and most recently confirmed by the Social Security Administration, 45% of all U.S. workers in 2019 were included among the lowest-income workers, which means that 45% of everyone employed in our country is earning less than $30,000 per year. At the same time, the fourteen wealthiest Americans have as much wealth as the total of 92% of rest of U.S. households.

The OECD, which tracks and ranks income inequality in the world, has ranked the United States 108th out of 159 countries, similar to Haiti, Argentina, and Turkey. U.S. income inequality is the greatest it has been since before the Great Depression, and is something that must be addressed by American leaders. Wealth and income inequality have been shown to cause major political and economic disruptions for countries, which some have said played a factor in the anger and unrest expressed at the uprising in our Capital earlier this year.

The pandemic Winners, Losers, and “Resilients” 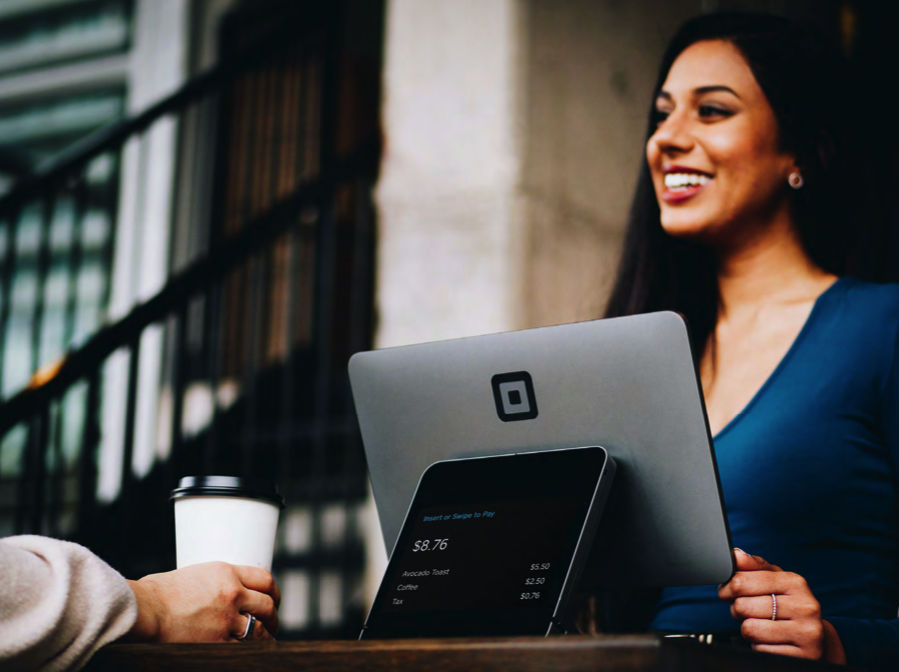 As reported in AXIOS, the January U.S. retail sales report showed a historic 7.4% increase compared to January last year. Online sales accounted for the majority of that increase, with online retailers realizing a 22.1% gain from January, 2020. Large retailers, especially those with a strong e-commerce business, have benefitted from the move to impersonal shopping during the pandemic.

At the same time, other businesses are experiencing double-digit declines in annual sales. They include restaurants, bars, and clothing stores. Also reporting negative sales declines were electronics stores, gasoline stations, and department stores.

86 percent of Latino small business owners have reported experiencing significant negative impact from the pandemic. Yet, entrepreneurship remains strong among U.S. Latinos as there has been multifaceted growth across states and industries including construction, finance and insurance, transportation, and real estate.

Consistent with the history of U.S. Latino businesses, they have demonstrated resiliency during the pandemic. According to Bis2Credit, U.S. Latino small business average annual revenue in 2020 improved 10% over 2019. Meanwhile, non-Latino-owned businesses grew just 5% year over year. This data is made even more dramatic by the fact that U.S. Latinos are the most under-capitalized cohort in our country.

The State of Latino Entrepreneurship 2020 research study from the Stanford Latino Entrepreneurship Initiative found that only 20 percent of Latino-owned businesses that applied for national bank loans over $100,000 obtained funding, compared to 50 percent of Anglo-owned businesses. When looking at loans of all sizes, the percentages change, but not the gap: among Latinos, 51 percent received loans versus 77 percent for Anglos.

Stanford’s research found that Latino business owners are more likely to take on personal financial risk to operate and grow their firms relative to white business owners, who rely more on financing options that do not entail the use of personal assets for collateral. Latino entrepreneurs more often rely on personal or business lines of credit, personal/family savings, or business credit cards.

It appears that U.S. Latino shoppers have adopted online shopping at a greater degree than non-Latinos, who indicate they will do only 48% of their shopping online versus 52% in person post-pandemic. This is an important insight for any online retailer, especially given the unmatched growth of the U.S. Latino cohort both in total population and in consumer spending.

How important is the U.S. Latino cohort, really?

An analysis done by L’ATTITUDE of our country’s four major population cohorts – Anglo-American, Latino-American, Black-American, and Asian-American – demonstrates how critical the U.S. Latino cohort is to the sustained economic growth of the American economy.

Not only is the U.S. Latino cohort the second largest in population size, and the second largest voting bloc, it is also exceeding the COMBINED growth of the other cohorts in seven areas critical to our economic well-being as a country. In terms of growth, U.S. Latinos lead all others relative to:

By 2030, U.S. Latinos will account for 75% of the growth of our labor force, and 56% of our country’s growth in home ownership. Already, if the Latino-American cohort were a country, it’s GDP would rank as the 8th largest in the world, and is on track to become the 5th largest by 2025. In 2018, it was the fastest growing economy among all fully developed economies in the world.

So, how important are U.S. Latinos to America’s economic future? The answer is “absolutely essential,” which is further emphasized by the fact they represent the world’s fastest growing economy, right here in our country. Among the world’s aging economies such as China, Japan, Germany and others, only the United States has the U.S. Latino factor to sustain our country’s 21st century economic growth. 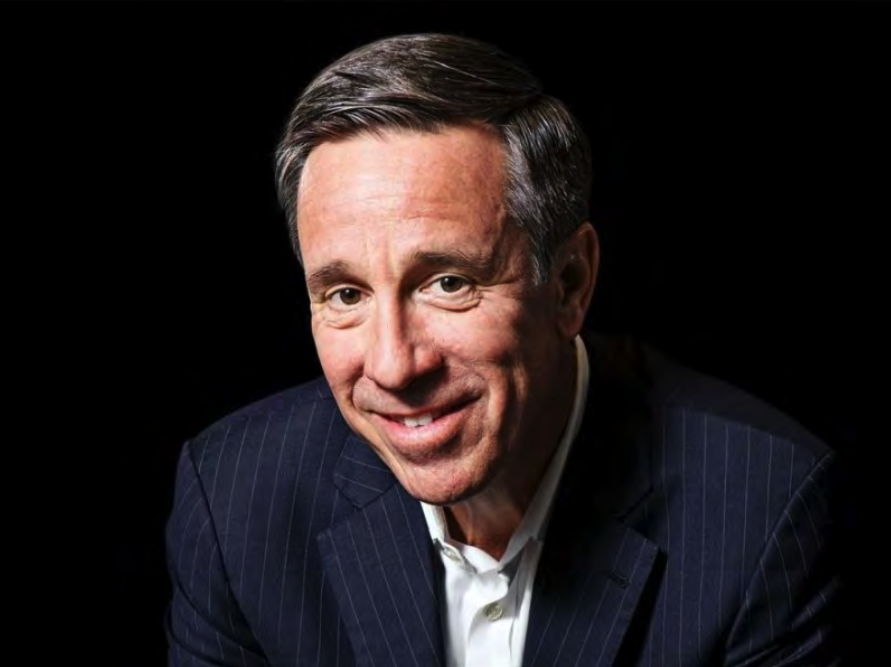 The entire L’ATTITUDE family was shocked and saddened to learn of the untimely passing last month of our friend, Arne Sorenson, President and Chief Executive Officer of Marriott International. Anyone who heard his comments at L’ATTITUDE 2020 this past September know how committed he was to making certain everyone, whether Marriott guest or employee, experienced the respect and treatment he believed all humans deserve, regardless of their race or ethnicity.

We will miss his contributions to L’ATTITUDE 2021, but we will not forget the example he has set for leaders everywhere regarding commitment to inclusivity and creating opportunities for advancement across entire organizations for all, including U.S. Latinos. Arne Sorenson will be fondly remembered for the person he was and the leadership he provided, exemplified by the following quote from him during last year’s panel discussion in which he participated at L’ATTITUDE.

“The importance of diversity and inclusion to us is enormous, it is very much a part of the DNA that we pursue every day, and it is in that context that we make the decisions we make.” 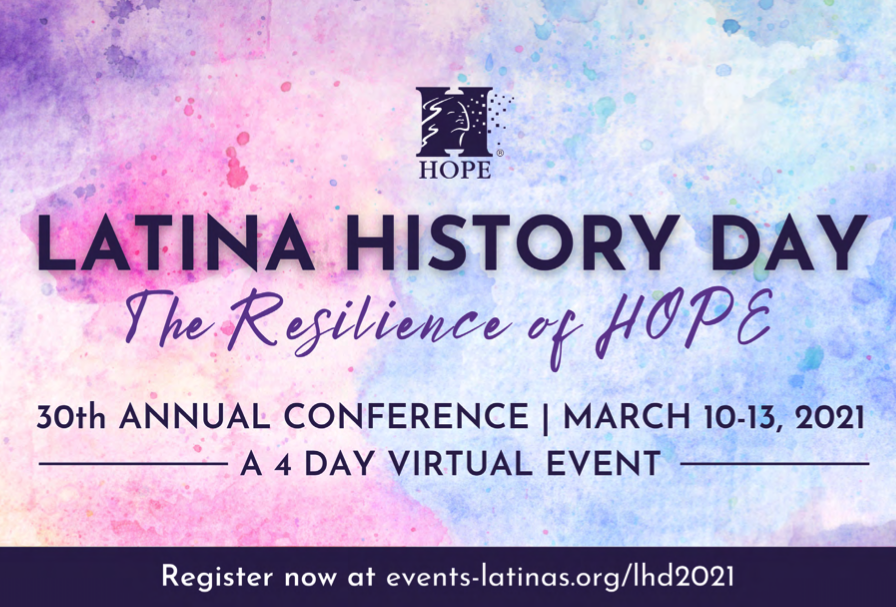 March is Women’s History Month, when we honor women’s contributions to shaping our society past and present, and March 12 is Latina History Day!  L’ATTITUDE is proud to join @HOPELatinas March 10-13 to celebrate the vast impact of Latinas in the US at their 30th Annual #LatinaHistoryDay conference!

This 4-day virtual event will unite Latinas from across the U.S. to celebrate our shared heritage, recognize our communities’ resilience, and set us on a path to building a better future.

This year’s conference will bes virtual so you can join in on the celebration from wherever you are!

Use our partner link for a special discount: http://bit.ly/HOPELATTITUDE.  Nos vemos allí! #ResilienceofHOPE

Tom Flores, the first U.S. Latino pro football quarterback and head coach was voted into the Pro Football Hall of Fame. He and Mike Ditka are the only men in history to have won NFL Super Bowls as a player, an assistant coach, and as a head coach.

Monica Lozano has been elected to Apple’s board of directors.  Lozano also serves on the boards of Target Corporation and Bank of America Corporation.

Plans and funding were approved for the Cheech Marin Center for Chicano Art, Culture and Industry of the Riverside Art Museum, slated to open this fall, and intended to be the country’s first permanent space exclusively dedicated to showcasing Mexican-American art and culture.

Representative Joaquin Castro, is leading an effort in Congress for the movies, Selena, to be added   to the National Film Registry, saying its inclusion could put pressure on Hollywood to increase Latino representation in the industry’s ranks.

Olivia Rodrigo released her new single, Driver’s License, that as of this writing, has spent 5 weeks atop the Billboard Hot 100 as the number one song in America.